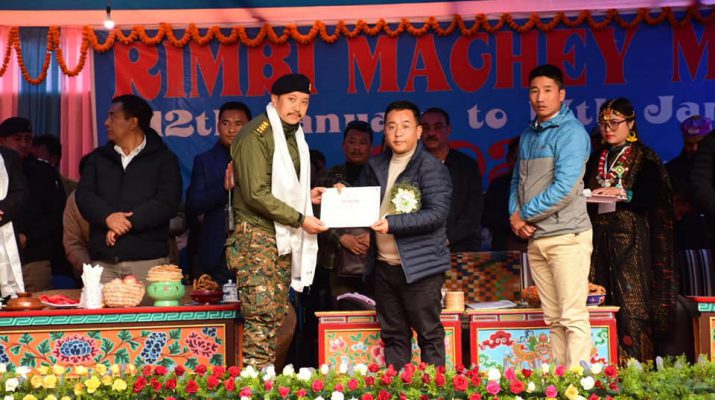 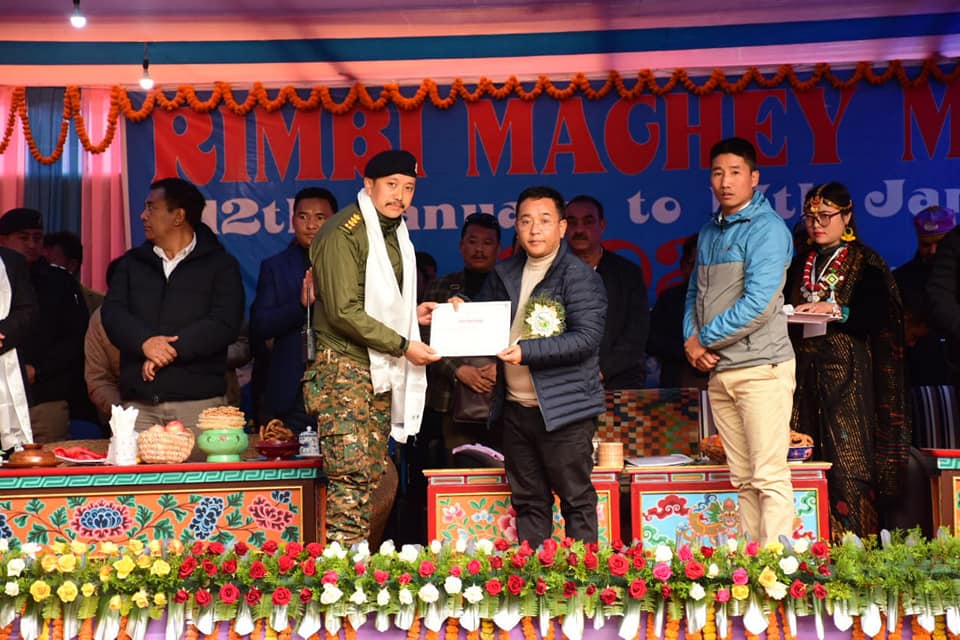 Shri. Tamang in his address expressed his gratitude and joy towards the public of Yuksam-Tashiding constituency and West Sikkim for organizing the event. He also extended his warm greetings on the occasion of ‘Maghe Sankranti’ to all present. The HCM in his address, he applauded the committee of Rimbi Maghey Mela for their unhindered energy and zeal to make the event successful. He further mentioned the importance of cooperation by the public which is a must for overall development of the state. He also mentioned that the State can develop only with the cooperation of all thus one needs to work together with the society in order to progress.
HCM informed that Sports has been an important part which the State Government is taking as priority amongst others areas of governance. He mentioned that the state needs to bring out new stars and sports persons who would represent India and Sikkim for which concentration towards sports is being given. He also stressed on the importance of traffic rules and safety which all are to follow. He mentioned that the state government is concerned about the lives of vehicle owners and passengers. He further stated that the Government is keen to help individuals who help themselves through their collaborative and innovative ideas and are trying their best to be self sufficient. He also mentioned that the farmers who are hard working would be given incentives by the Government.
The HCM expressed his desire to visit the remote places of Yuksam in the coming month of February to access the current situation and provide aid of development to the public.
During the program the Tourism Department gave an amount of 1.50 lakhs as financial aid to the Rimbi Maghey Mela. The ‘Certificate of Gratitude’ was also given to the contributors who contributed towards the ‘Tsong Landslide’ victims.
The HCM also attended the Kokfewa Tongnam (New Year) of the Limboo Community at Lingchom, West Sikkim prior to attending the Rimbi Maghey Mela. 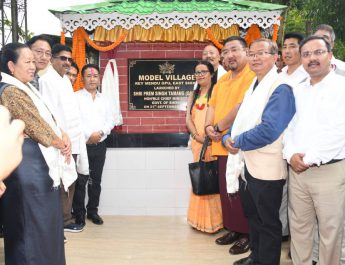 The following areas have been denotified as containment zone