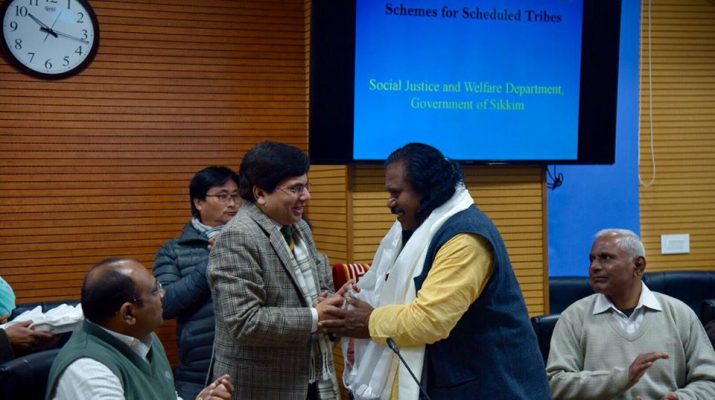 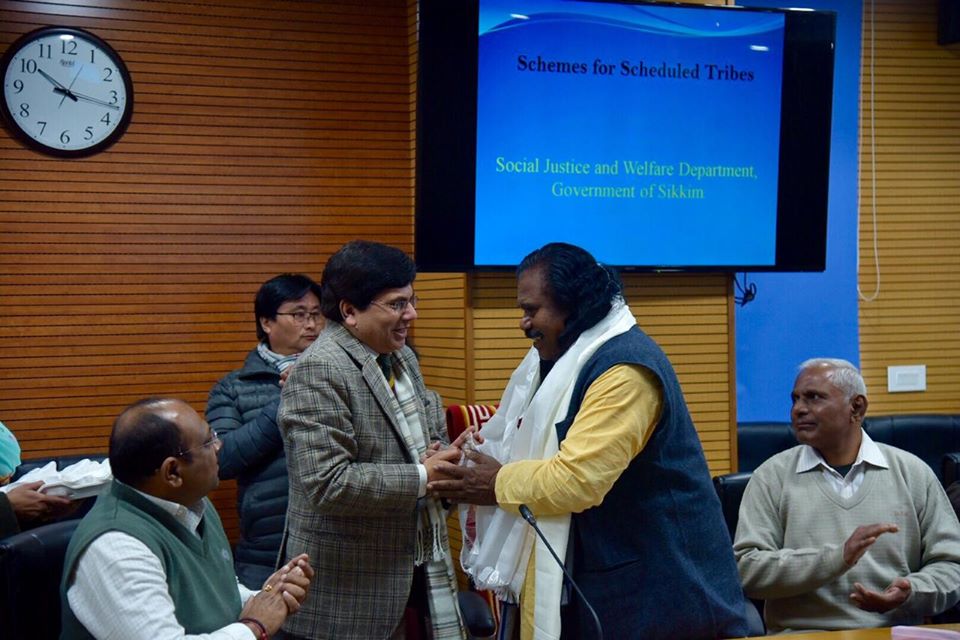 Gangtok, 19 Dec (IPR): Hon’ble Chairperson of National Commission for Scheduled Tribes (NCST), Dr. Nand Kumar Sai, along with other Members and senior officers of the Commission convened a meeting with Chief Secretary, Shri S.C. Gupta, and concerned head of departments of the State government at the conference hall of Tashiling Secretariat in the capital today.

It may be mentioned here, Dr. Sai and his delegates including NCST Members, Shri Hari Krishna Damor and Shri Harshadbhai C. Varsava, Joint Secretary, Shri Konthang Touthang, Assistant Director, Shri S.P. Meena, and Personal Assistant to NCST Chairperson, Shri Rahul Mishra, are on a five-daylong visit to the State of Sikkim from 15-20 Dec.

At the onset of the programme, Chief Secretary, Shri Gupta, welcomed the NCST delegates to the State of Sikkim and hoped that the meeting convened will conclude as a positive development for the betterment of STs and all other sections of the society of the State.

During the meeting, Dr. Sai and other Members interacted with the HoDs of concerned departments on various issues of safeguards, protection and welfare programmes being implemented by the State government for Scheduled Tribes.

Addressing the gathering, Additional Chief Secretary, HRDD, Shri G.P. Upadhyaya, IAS briefed on various schemes and facilities for Sikkimese students including the implementation of post-matric scholarship scheme being provided by the Government of India for ST students.

While appreciating the progress made by students under the post-matric scholarship, he also raised concerns over some students often quitting their studies owing to significant increase in the cost of living in today’s time. He therefore urged the Commission to take into consideration the proposal of increasing the amount of living expense of students who are pursuing their studies under this scholarship outside the State of Sikkim.

The Commission assured to discuss the issue with the Central Government and the concerned Ministry positively in order to deliberate upon a solution at the earliest.

Dr. Sai highlighted concerns raised by Hon’ble Chief Minister Shri P.S. Tamang (Golay) over increase in the rate of Cancer cases in the State of Sikkim during their meeting on the previous day. He directed the Health Department to conduct a detailed survey on the incidence and prevalence of Cancer cases in various parts of the State. He further informed that the Commission has urged the Power Grid Corporation of India operating in the State to extend financial support to the State government in the form of CSRs in order to fight against Cancer.

The Commission appreciated the State for its forest safety provisions, sports facilities, education system and most importantly for prioritizing and promoting women empowerment among STs. They applauded the State government for successfully implementing and promoting educational and economic interests of the STs of Sikkim with special care. They assured full support to the State government for the development of the STs and Sikkim and urged all to work in tandem for the progress of the country.

Earlier, a PowerPoint presentation was made by Secretary, Social Welfare Department on various schemes for Scheduled Tribes. 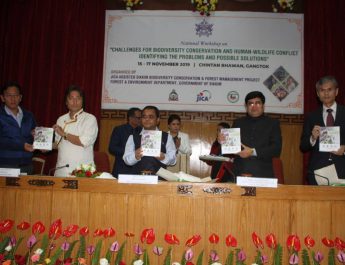 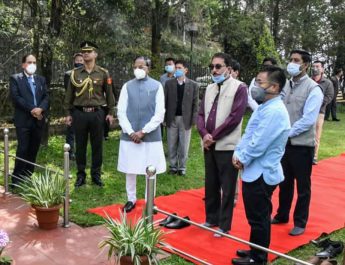 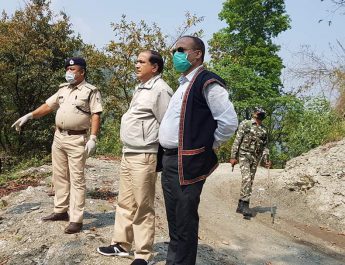