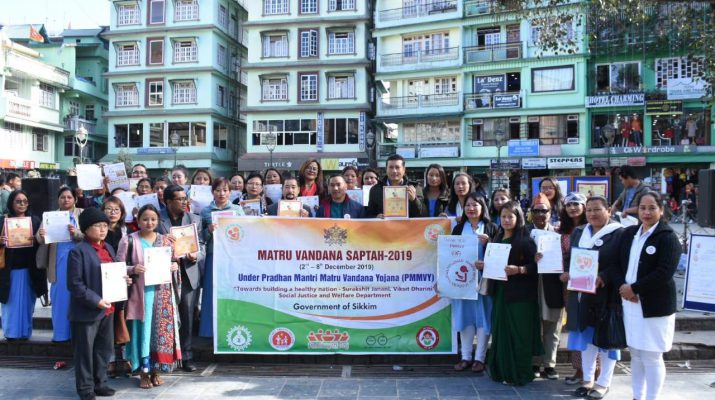 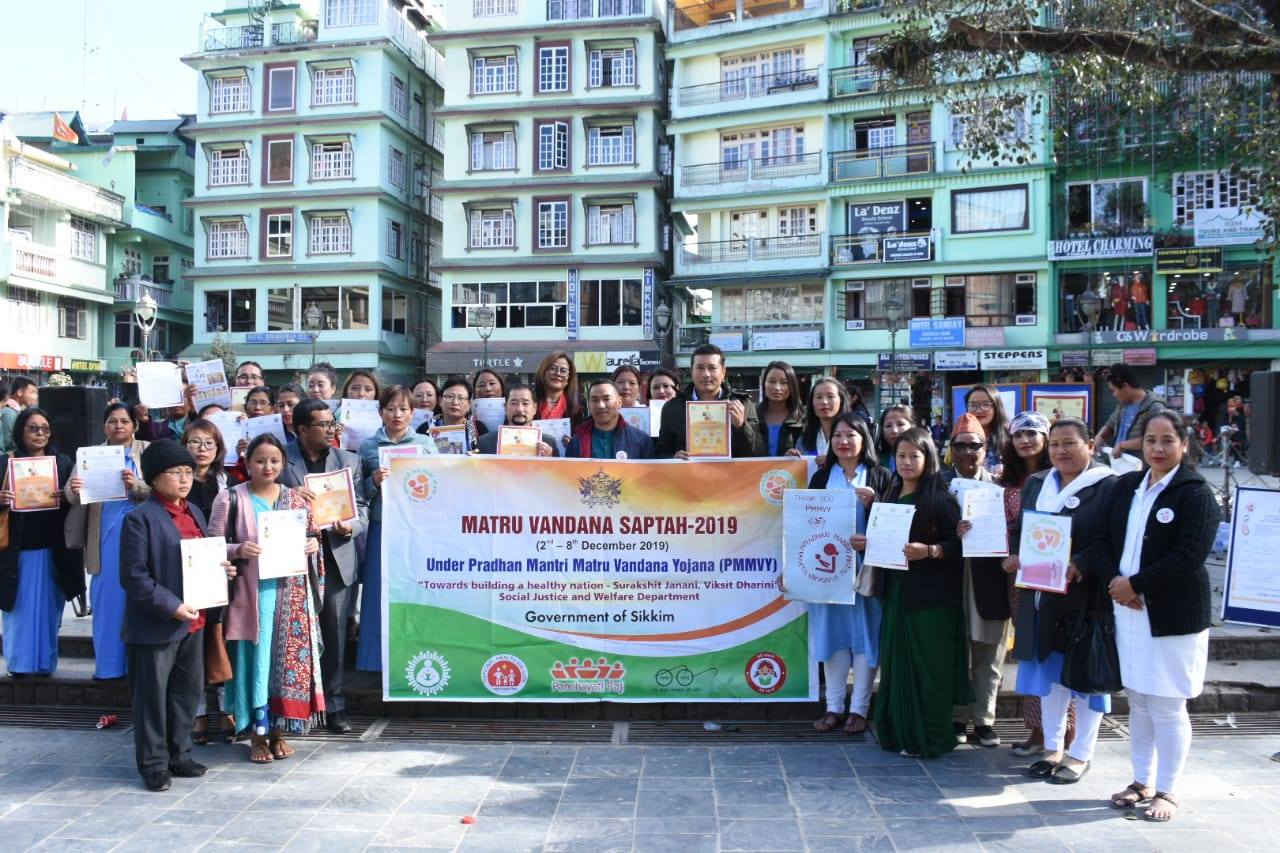 Namchi 6th December (IPR): A skit was performed and showcased by the Aaganwadi workers as a part of Matru Vandana Saptah 2019 at Central Park today. Organised by Social Justice and Welfare Department South, the skit was mainly aim to aware the pregnant women about the maternity benefit programme run by the Government of India under Pradhan Mantri Matru Vandana Yojana (PMMVY).
The programme had the presence of SDM Namchi Hq.Shri Vishu Lama as the Chief Guest. The event was headed by CDPO (Namchi) Shri Laxman Tamang and was supported by ICDS Supervisors, officials and Aaganwadi workers.
It may be mentioned here that Matru Vandana Saptah 2019, a week long campaign commenced from 2nd December to spread awareness about PMMVY so that assitance can reach to targeted people. 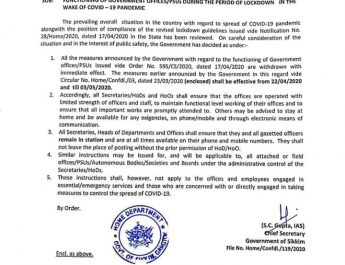 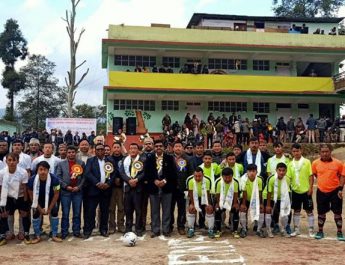 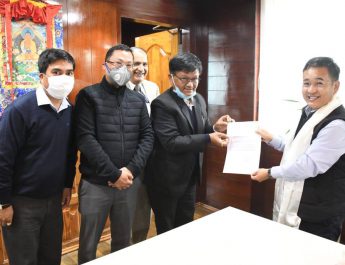