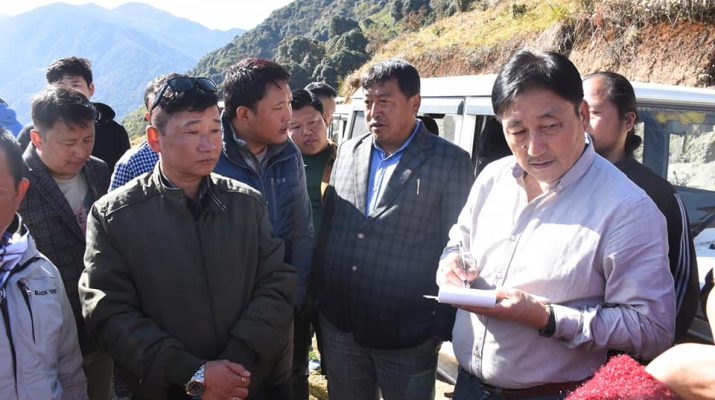 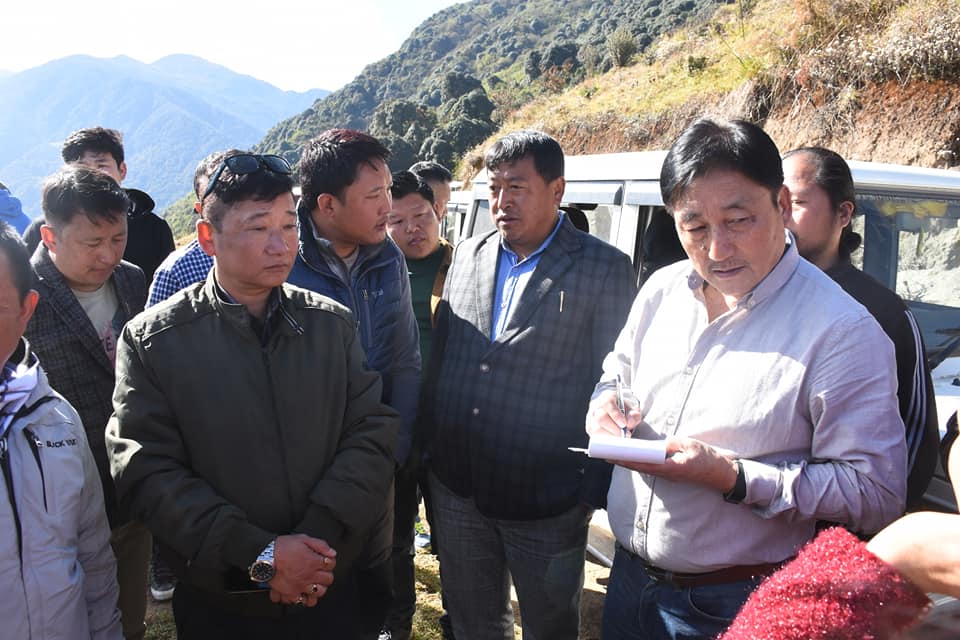 Gyalshing, 5th December, 2019 (IPR): The Hon’ble Minister for Public Works and Culture Affairs & Heritage Department Shri. Samdup Lepcha who was on a 2 days visit to West Sikkim visited the various ongoing roads constructions and concluded his visit today. He was accompanied by Additional Chief Engineer (ACE) Shri Thupden G. Bhutia along with Divisional Engineer (DE) Roads Shri. Phurba Bhutia; Assistant Engineer (AE) Shri. R. D. Lepcha, Panchayats and other Departmental Officials.
Shri. Samdup Lepcha initially visited the Chagay Falls where he instructed the contractor to immediately resume the work of the construction of the bridge which has been pending for a long time and urged the ACE Roads and DE Roads to take note of the progress and keep him updated. He also gave stern directions to the contractor that the work needs to be resumed immediately as it is hampering the public. He then proceeded towards the Som Slide where he met the residents of the affected area and urged the Roads Department to work more progressively towards complete restoration of the Som area. He then inspected the roads condition from Dentam to Uttarey to Chiwa Bhanjayang and in a similar manner asked the contractor present to resume and complete his work at the earliest. He emphasized on the importance of the road connectivity and its valuable impact on rural and international tourism which needs to be seen and understood by the contractor and needs to take up the work as soon as possible. He also mentioned that the department is willing to help them if they are willing to finish the work as early as possible. He also met with the Panchayats of Sopakha GPU who placed their grievances which was heard by the Hon’ble Minister in relation to the conditions of road connectivity of their respective areas.
The Minister expressed his gratitude towards the PWD Officials of West for their tireless efforts in maintaining the road conditions of West Sikkim and urged them to continue working in a similar fashion. He also mentioned that the State Government is continuously working for the people’s benefit and will try to do more with the cooperation of the State and District Officials.
Similarly, on the first day of his visit i. e 4th December, 2019 (Wednesday) the Hon’ble Minister PWD visited the Chenrezig Singkham Riwo Potala where he chaired the meeting of the Governing and Managing Committee of Chenrezig Singkham Riwo Potala along with the DC West, ADC West and the Officials of the Culture Department. He also inspected the area and interacted with the District Officials and the Committee. 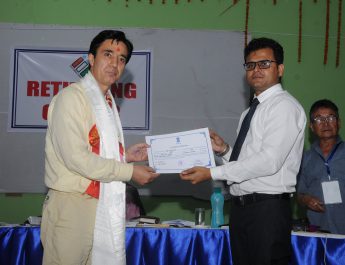 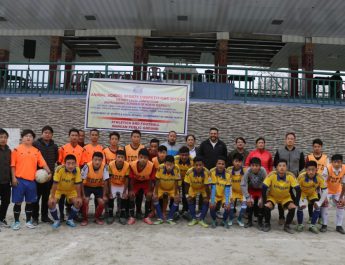