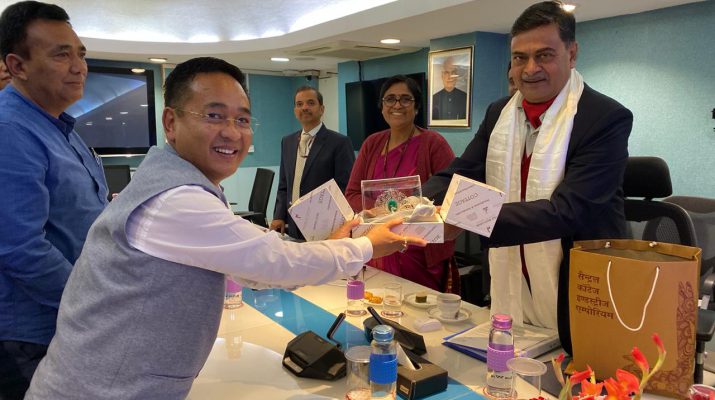 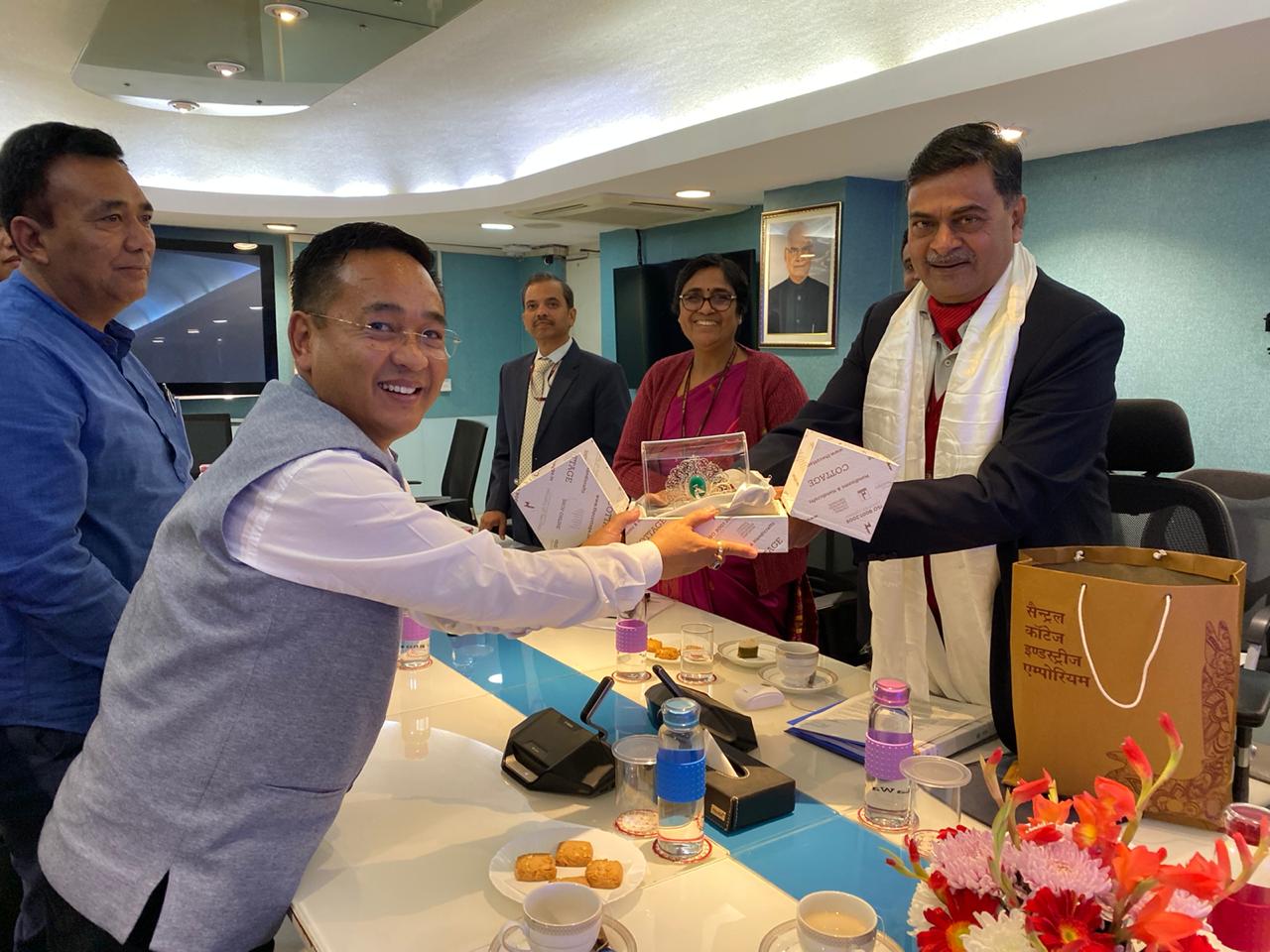 New Delhi December 5: The Hon’ble Chief Minister, Shri P. S Tamang met Shri R.K. Singh, Hon’ble Union Minister of Power today at New Delhi. He brought out the urgent need of expeditious structured take out/ refinancing of 1200 MW Teesta III HEP in Sikkim. He indicated that this project is not only second largest hydro project in India but also become a Government of Sikkim project, after the intervention of Union Power Ministry on 6th of August, 2015 when it was stressed project. The project continues to remain under severe stress because of its restructuring not been carried out by its project lenders. The financial stress of this project is so intense that if the restructuring is not been carried out the project could fall into the Non Performing Assets (NPA) on 27th December 2019. It was also informed that this project is not only the second largest hydro power projects of the country but its operational efficiency is so good that it has already generated the design energy target of 5217 million units on 10th Nov. 2019 itself and whatever energy would be generated during the remain financial year would be a bonus. Appreciating the concerns raised by the Hon’ble Chief Minister, the Hon’ble Power Minister agreed and assured the restructuring / structured take out finance by Power Finance Corporation (PFC) and Rural Electrification Corporation (REC) within seven days to avoid its sleeping into NPA category. The Hon’ble Chief Minister, Sikkim brought out some pressing issues of the State Power Sector which included, expeditious clearance of pending schemes; North East Special Infrastructure Development Scheme (NESIDS); Deen Dayal Uapadhyaya Gram Jyoti Yojana (DDUGJY); Integrated Power Development Schemes (IPDS); grant of financial assistance for installation of smart meters in pre-paid mode throughout the State; and central assistance for developing small green hydroelectricity projects.

The Union Power Minister, Shri R.K. Singh, assured the Hon’ble Chief Minister that the Union Ministry would be extending all requisite assistance to address the concerns and grant of financial assistance would be covered under the forthcoming central government initiative/programmes very soon. 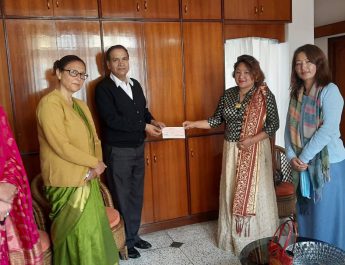 Nari Shakti SKM, South District handed over the cheque of one lakh for CM Relief fund 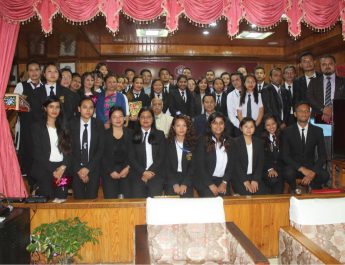 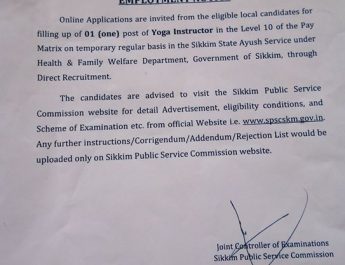