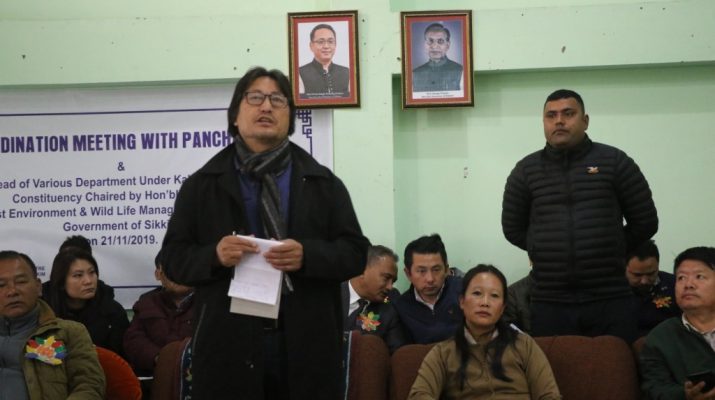 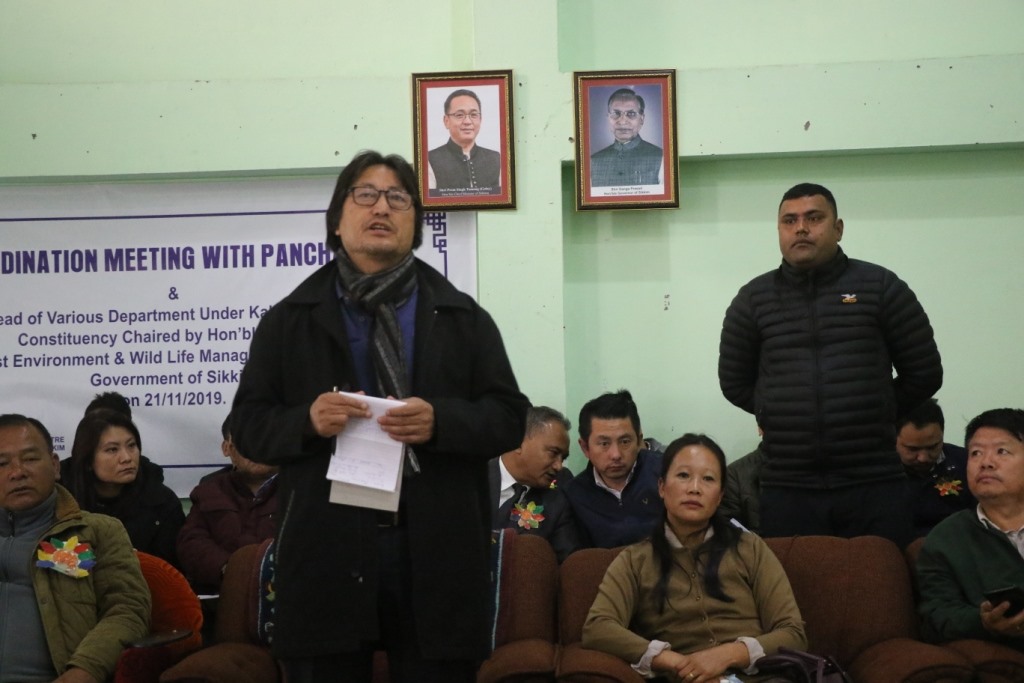 Objective behind conducting the meeting was to bring efficiency, improvisation and close coordinated work culture among the government officials and panchayat members of the district in various developmental fields.

Minister Shri Bhutia in his address, emphasized on the importance of self- created and sustainable employment opportunities by the local governance body for the local youth through sports and from other avenues of tourism.

He urged to the Panchayats to create an efficient system of local governance which is only possible through change of their mindset in field of holistic development.

Minister stressed that the repairing of NH roads of Kabi is one of most prior matter which plays vital role for tourists to ply to the North district.

In addition, the Minister called the public to approach before his office regarding any grievances for which he assured to take the matter to the higher authority for redress.

Zilla Adhyaksha, North, Smt. Namday Lepcha expressed her delight on seeing a fruitful co-ordination meeting between the Panchayats and the Line Departments. She said that the Panchayats are mediator who is responsible in carrying the grievances of the people to the competent authority, thus Panchayats should work as a proactive social workers, she added.

In the meeting the DC/N, Shri Kaleon, stated that the Sikkim has all the components to be a first class state across the country, in order to achieve this each and every citizen of the State must enhance their skill development and entrepreneurship skill with behavioural modification. 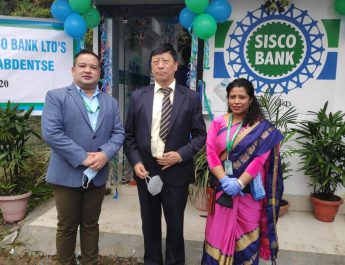 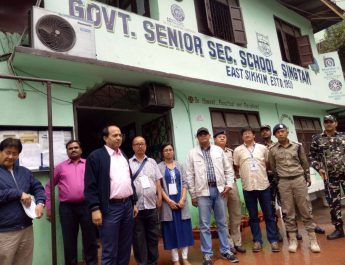 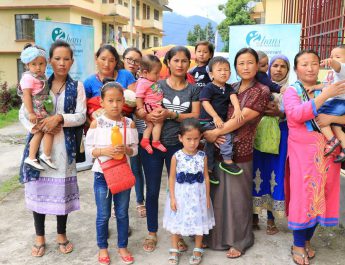