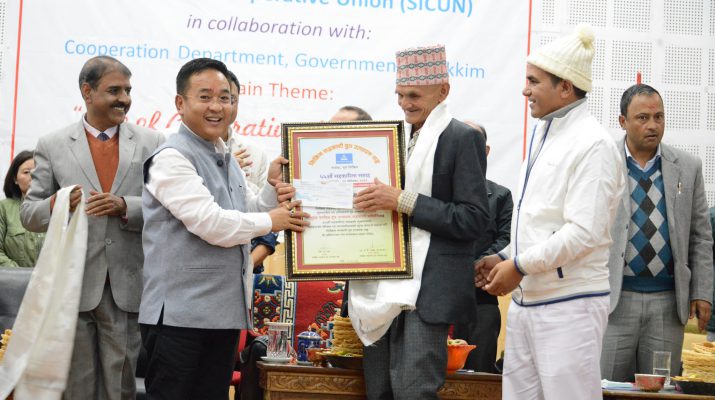 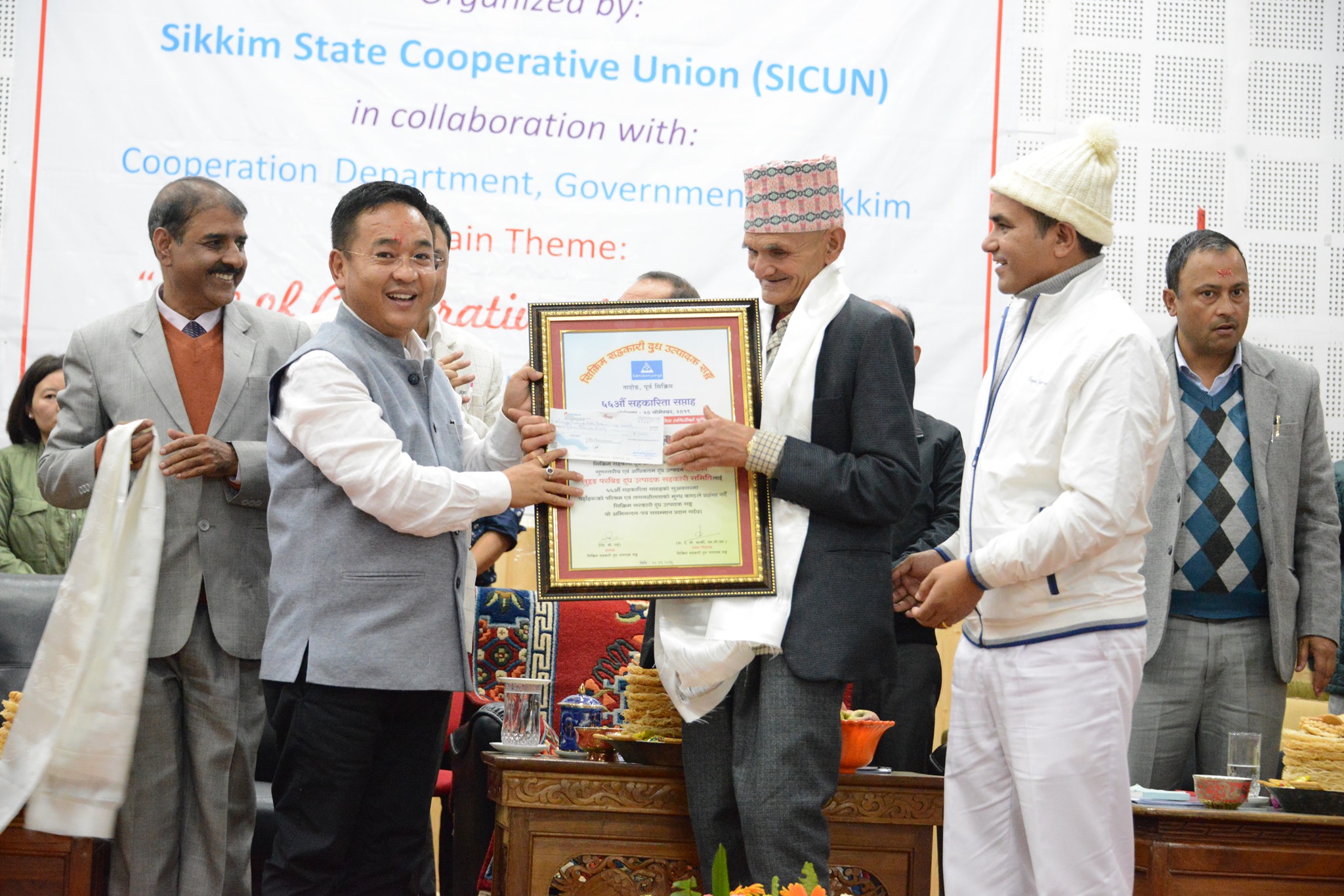 Assam Lingzey, Nov 20 (IPR): Chief Minister Shri. Prem Singh Tamang (Golay) made it loud and clear that the cooperative movement in the state will be revived and people in the grass root level will be empowered through the movement. He was addressing the concluding session of the 66th All India Cooperative Week Celebration organized by Sikkim State Cooperative Union (SICUN) in collaboration with Cooperation Department, Government of Sikkim, held at SICUN, Assam Lingzey, today. The main theme of the week-long celebration was ‘Role of Cooperatives in New India’.

Responding to demands and representations submitted to him on the occasion, Chief Minister Shri. Prem Singh Tamang made the following announcements:

1. The salary component of SICUN which has suffered a reduction in allocation in recent years from Rupees fifty lakhs to Rupees ten lakhs will be enhanced in the upcoming budget session in March 2020.

2. All pending payments to the SICUN contractor would be made immediately after the budget session.

3. Pending liabilities of SICUN to the tune of Rupees Three Crore Sixty-Five Lakhs would be paid by the Government immediately after the budget session in March 2020.

4. He assured that land related payments to the tune of Rupees Twenty-Two lakhs would be made within the current financial year.

5. Corpus Fund for SICUN would be given due consideration.

6. All Government departments to make use of the infrastructure at SICUN for residential trainings.

8. He suggested that Government Departments could park their fund allocated for Central Sponsored Schemes in SISCO Bank instead of private Nationalized Banks. He said this in the context of strengthening the State-run Bank.

9. All the roads in Namcheybong constituency to be re-surveyed and report to be submitted to the Government at the earliest.

Further, the Chief Minister stated that the Government would complete pending projects which have been left incomplete by the previous government, provided they are of socio-cultural importance and add to the State’s economy. He said that the Government will cancel all such projects which are a mere wastage of resources and a burden on the exchequer. He cited the example of two projects namely Thakurbari in Gangtok and Paru Hang temple of the Rai community in Ranka which have been taken up on priority by the Government and will be completed at the earliest.

Speaking on the issue of unemployment, the Chief Minister stated that the Government will ensure need-based training to the youth as per the requirements in private companies such as pharmaceuticals and power projects, so that the demand for skilled manpower can be fulfilled by the youth of the State. He also encouraged self help groups and cooperative societies to equip themselves to take up any enterprise.

A brief report on the Cooperative Movement in the State was presented by Secretary, Cooperation Department, Shri. H.K. Sharma.

Chief Minister Shri. Prem Singh Tamang was felicitated by the Chairman and Board Members of SICUN on the occasion.

The programme also saw a brief address by Founding Chairman of SICUN, and Former MP Lok Sabha, Shri. Nakul Das Rai. He was also felicitated on the occasion by the Chief Minister.

One of the highlights of the programme was the presentation of Award by Apex Societies to primary cooperatives. The following awards were presented on the occasion by the Hon’ble Chief Minister:

A. Under Sikkim Milk Union

B. Under Denzong Agriculture Cooperative Society

2. Luing Perbing MPCS for paying highest share dividend to the Government through SISCO Bank. On the occasion, the dividend amounting to Rs. 27.68 lakhs was presented to the Chief Minister by the Members of the MPCS in the presence of officials of SISCO Bank.

Also, on the occasion, three primary cooperative societies namely Padamchey MPCS, Salghari MPCS, and Sikkim Pragitishil Nari Sahakari Samiti were felicitated on the occasion for their participation in the India International Cooperative Trade Fair held at New Delhi from 11th to 13th October, 2019. It was informed that Sikkim Pragitishil Nari Sahakari Samiti was awarded the first prize in a pan-India competition for their exemplary performance.

The programme also had a theme-based traditional dance presentation by members of Amba and Tareythang MPCS.

The inaugural session concluded with the vote of thanks proposed by Additional RCS, Cooperation Department, Smt. Jabi Thapa.

The second half of the programme saw the presentation of certificates to all the participants and presentation of traditional cultural performances by members of cooperative societies. 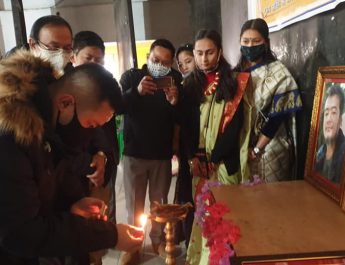 Poet award for the year 2020 at West Sikkim 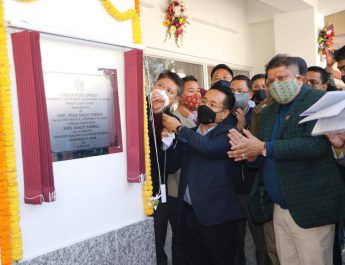