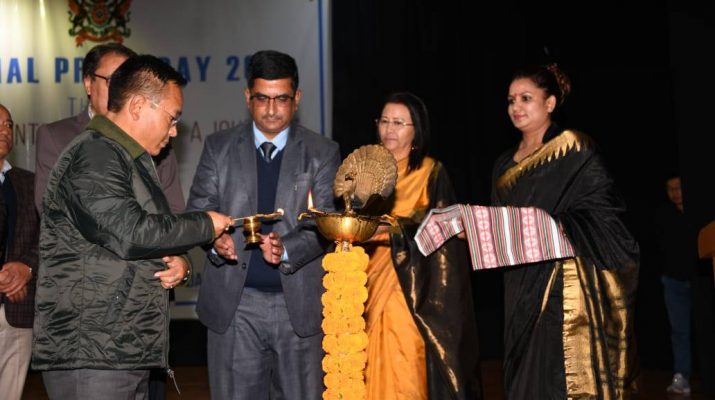 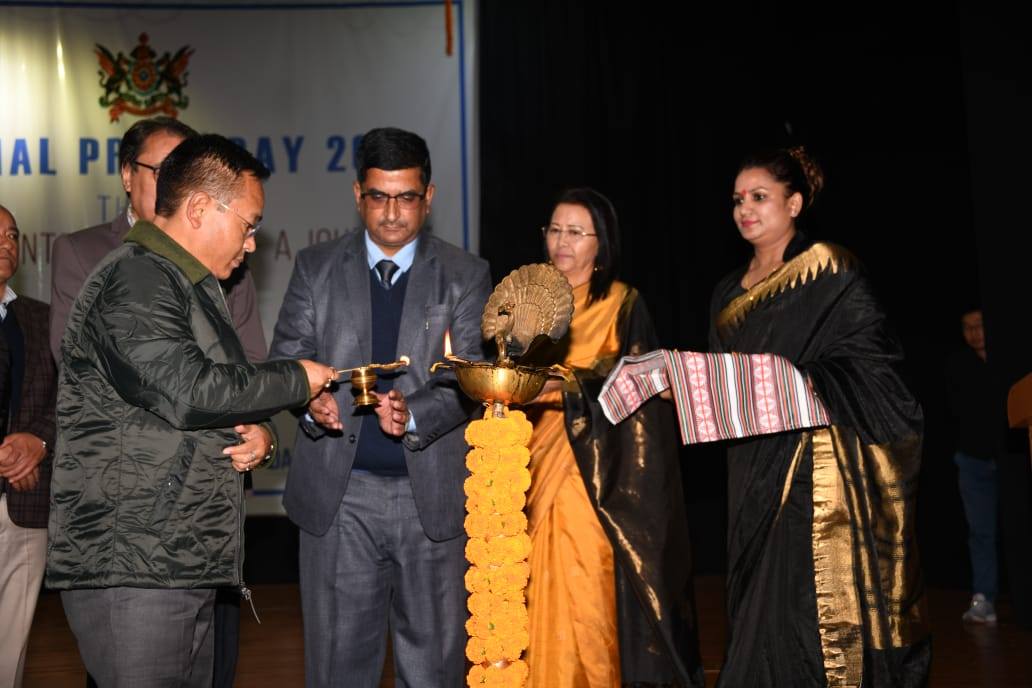 It may be mentioned here, the Y.N. Bhandari Memorial Award is annually presented by the State Government while the Grameen Patrakarita Purashkar is awarded by the Press Club of Sikkim.

The chief guest also handed over the documents and keys of the much awaited Press Club Bhawan to the PCS President. The newly set up Press Club Bhawan is located at the Tourism Department Complex near M.P. Golai in 5th Mile, Tadong.
Congratulating all the awardees, the HCM also extended best wishes to the Press Club of Sikkim for having their pending demand of a proper infrastructure fulfilled.

The HCM further assured that all other concerns of the PCS including provision of health insurance facilities for media fraternity and pension for the welfare of journalists will be deliberated over by the State Government at the earliest.
Maintaining that a free press is the cornerstone of democracy, the HCM said the State Government is fully committed to upholding freedom of press and expression and any external interference or regulation on press is not called for.

Hon’ble Minister of IPR, Mr. Lok Nath Sharma, in his address, marked the day as a significant occasion to ensure freedom of press, their responsibilities and accountability for secured democratic system. He also outlined unparalleled role of press for vibrant democracy and also touched upon constraints and impediments of media persons come across in maintaining unbaised and true ethics of journalism.

Further he applauded the role of press in the State and urged every member of press fraternity to continue their duties to be more responsive, proactive and accountable with highest standards of professionalism.

He expressed gratitude to the HCM for making it possible to handover new infrastructure of Press Bhawan as per his commitment within short span of only two months of the announcement.

Addressing the National Press Day, Mr. Sharma came out with a suggestion to install digital device for displaying of Governmental Schemes and Public orientated programmes in all District Administrative Centre, Sub Divisional Magistrate Offices, BDO offices, Gram Prashasanik Kenda so as to ensure massive awareness amongst public and visitors.

He also advised departmental official to be more proactive in research and rural reporting in close proximity of the people and the government.

He also underlined on high degree of faith and belief of the people on the news report of established media house and advised to continue constructive journalism in the State. He also urged media fraternity to come forward with their advises and suggestions to be a part of reengineering process of the state.

He also congratulated all the awardees for their achievement and extended best wishes for their future endeavours.

The programme was also addresed by Political Secretary to the HCM, Mr. Jacob Khaling, and PCS President, Mr. Joseph Lepcha.

The event also featured a talk on the theme “Reporting Interpretation – A Journey” which was presented by Senior Journalist, Mr. Pema Wangchuk.

A cultural presentation was also showcased by students of Tapashree Dance Academy, Arithang during the function.

At the onset of the programme, the chief guest took a tour of the photography exhibition of vintage photographs set up by the IPR Department at the lobby of Manan Kendra.

Earlier, the welcome address was delivered by Secretary, IPR, Ms. Namrata Thapa, while the vote of thanks was proposed by Director, IPR. 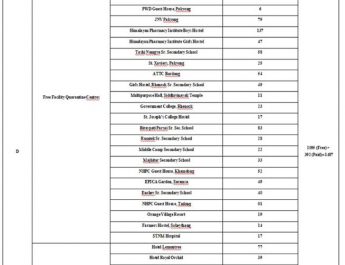 Quarantine details under East District as on 27.5.2020 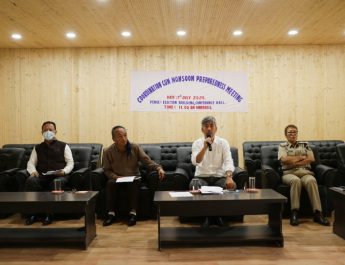 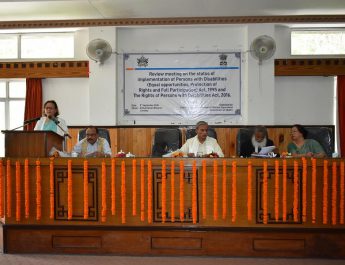 Chief Commissioner for Persons with Disabilities (Divyangjan) on Sikkim visit