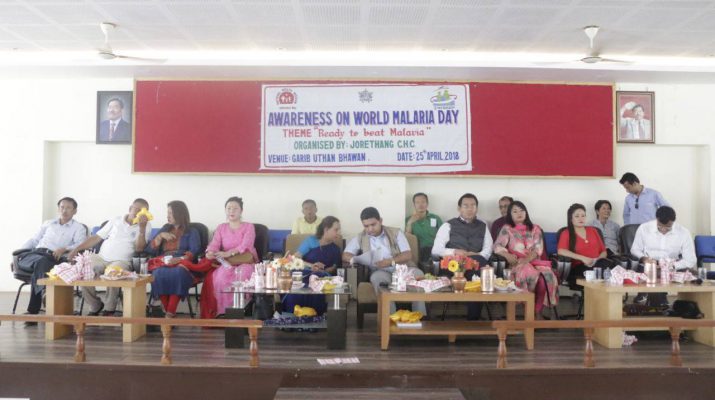 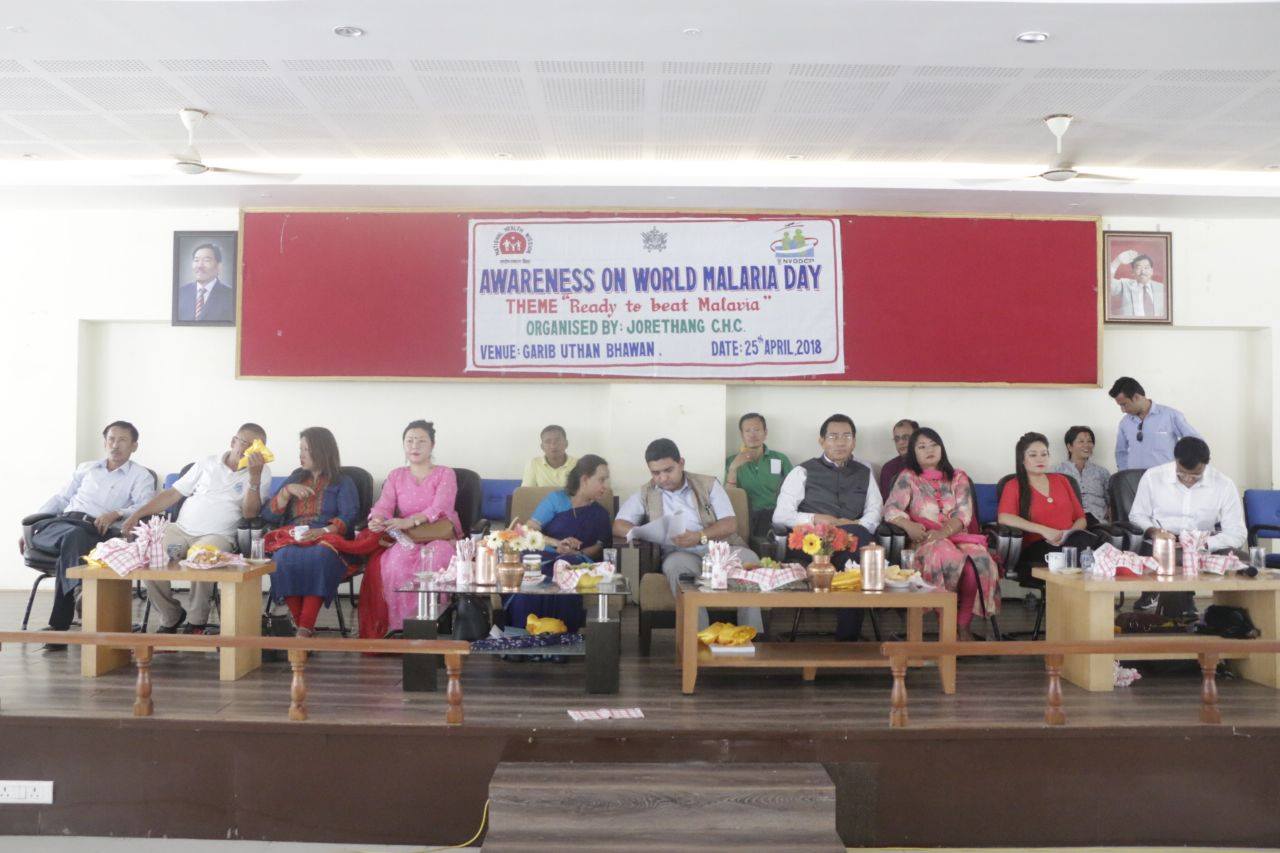 Jorethang, 25 April (IPR): On the occasion of ‘ World Malaria Day’ themed ‘Ready to beat Malaria’, a daylong awareness and sensitisation programme on prevention and control of vector borne diseases was organised by Jorethang CHC alongside a programme on implementation of Reduce, Reuse and Recycle under Swachh Bharat Mission which was organised by NJMC in collaboration with schools and NGOs at Garib Uthan Bhawan in Jorethang today.

Addressing the event, Minister Mr. Ghatani emphasised on the objective of the Health Department in organizing such an event which is to develop awareness on vector borne diseases which affects public health by and large in our society. He raised his concerns over the widespread rise in the number of vector-borne diseases which is spurred largely by anthropogenic factors and suggested measures to combat and prevent these diseases particularly malaria and dengue fever which cause a significant fraction of the global infectious disease burden in our society today.

Further, he strongly urged the stakeholders and the public to work in tandem with the Health Department in keeping the surroundings of their homes, commercial outlets, eateries, educational establishments, butcher shops and public places dirt-free and take precautionary steps to put off health hazards due to any type of vector borne disease.

Speaking to the students, the Minister persuaded the school heads to encourage students of their respective schools to draft essays, poems and similar write-ups on vector borne diseases which he further informed will be published in Sikkim Herald by IPR Department as he underlined it would serve as an effective method of awareness for the public.

On similar lines, Mr. Ghatani also laid emphasis on conducting regular health check-ups for the government appointed sweepers and migrant labourers who are often found to be vulnerable in contracting vector borne diseases in order to keep a check on prevention an epidemic like situation in the state.

In addition, he also announced the State Government’s decision to make it mandatory for food joints and restaurants to have a safai karamchari. Additionally, he also spoke about the recently launched National Strategic Plan for Malaria Elimination (2017-22) which aims at elimination of malaria by 2027. He further urged the health officials, administration, police department, youth and the public to lead by example in striving to make Sikkim a disease free State.

Director, National Vector Borne Disease Control Programme (NVBDCP), Gangtok, Dr. Pramila Giri, who was the resource person, presented a PowerPoint presentation on NVBDCP which she said was the central nodal agency for prevention and control of vector borne diseases like Malaria, Dengue, Kala-azar, Japanese Encephalitis and Chikungunia in the country.

She also explained the objective of NVBDCP which works towards reducing morbidity due to malaria and other such vector borne diseases. Further, she spoke about the various activities that are carried out under the programme. She also brought to light, medical cases of vector borne diseases in Sikkim and discussed various measures to prevent and control them.

Medical Officer in-charge, Jorethang CHC, Dr. Adhikari, gave a detailed background of vector borne diseases and how imperative it is for every individual to bring about a behavioral change within oneself so as to work towards controlling and preventing the spread of such diseases among us. He also delved on issues like proper garbage management, public awareness, ownership of civil society members and guidelines on proper information, education and communication about vector borne diseases besides also examining the growing menace of drug abuse in a place like Jorethang.

Earlier, the programme had students and school authorities in large number participating in a rally to spread awareness and mitigation on preventing and control of vector borne diseases. 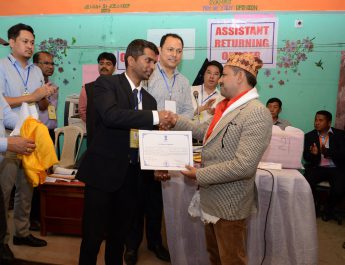 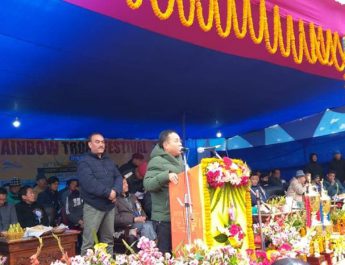 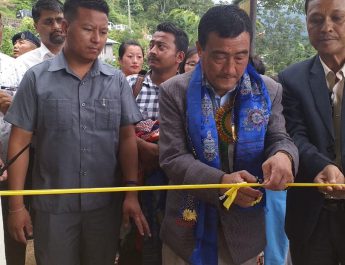