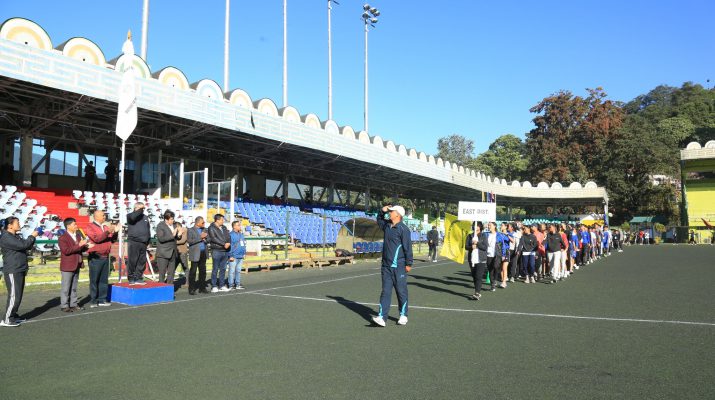 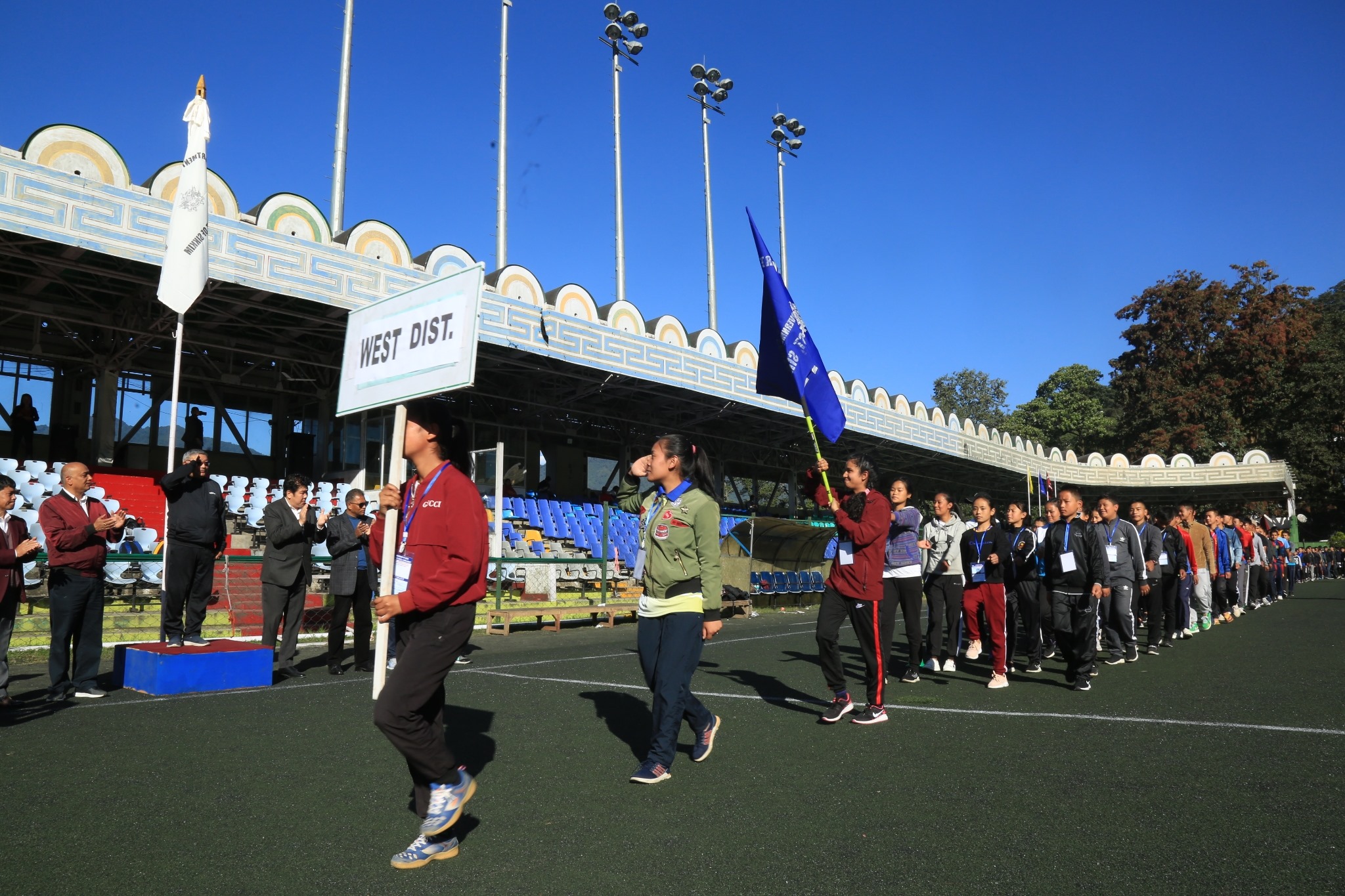 The event starting today from 13th November till 15th November ,2019 will feature more than 700 participants selected from 33 blocks, 175 JHS, 138 secondary schools and 107 Senior Sec Schools of the State in various discipline of sports like Archery, Athletics, Badminton, Boxing, Football, Karate, Table Tennis and Taekwondo at different venues in the capital.
Addressing the gathering,Minister of Sports, Shri Kunga Nima Lepcha firstly expressed his happiness on attending the event and offered his best wishes to all the athletes participating in the three days long event.In his motivating address to the participants he said “Physical activity plays an important part in the overall development of a student’s life and I exhort the students to make sports an important and integral part of their lives. There is no dearth of talents in our state and there is a high potential in terms of young athletes and sportsperson. I truly believe that our state will produce many renowned athletes in the future”.

Lastly, he offered his best wishes to all the participating athletes for a successful upcoming National event scheduled to be held in New Delhi later this year.

Also speaking during the event, Secretary, Department of Sports motivated and instilled much faith and confidence among the participants and assured them full support in their sporting endeavor.

He said ” As the selected players will represent the State in the upcoming National Level Annual School Competition to be held in New Delhi,I urge all the participants and probable athletes to maintain proper discipline and decorum during the upcoming event.

Lastly, he conveyed his best wishes to the athletes and encouraged them to deliver their best performance and earn a good name for the State.

Finally, the event kick started with the Chief Guest declaring the event open.
In addition,it was also informed by a senior official that a trial will be conducted on 18th November 2019 for the selection of athletes to represent Sikkim in the upcoming North East Sports Meet scheduled to be held in Tawang, Arunachal Pradesh later this year. 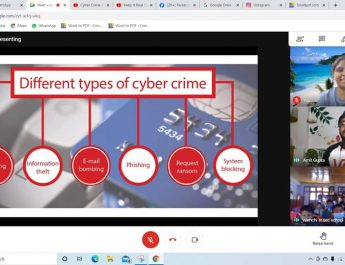 Instructions of the State Government to the Education Department