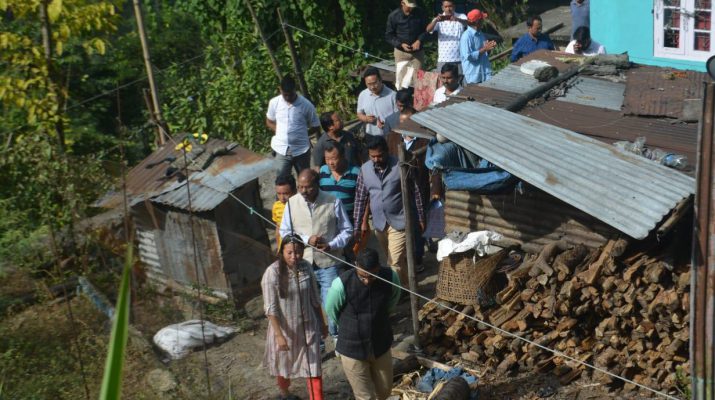 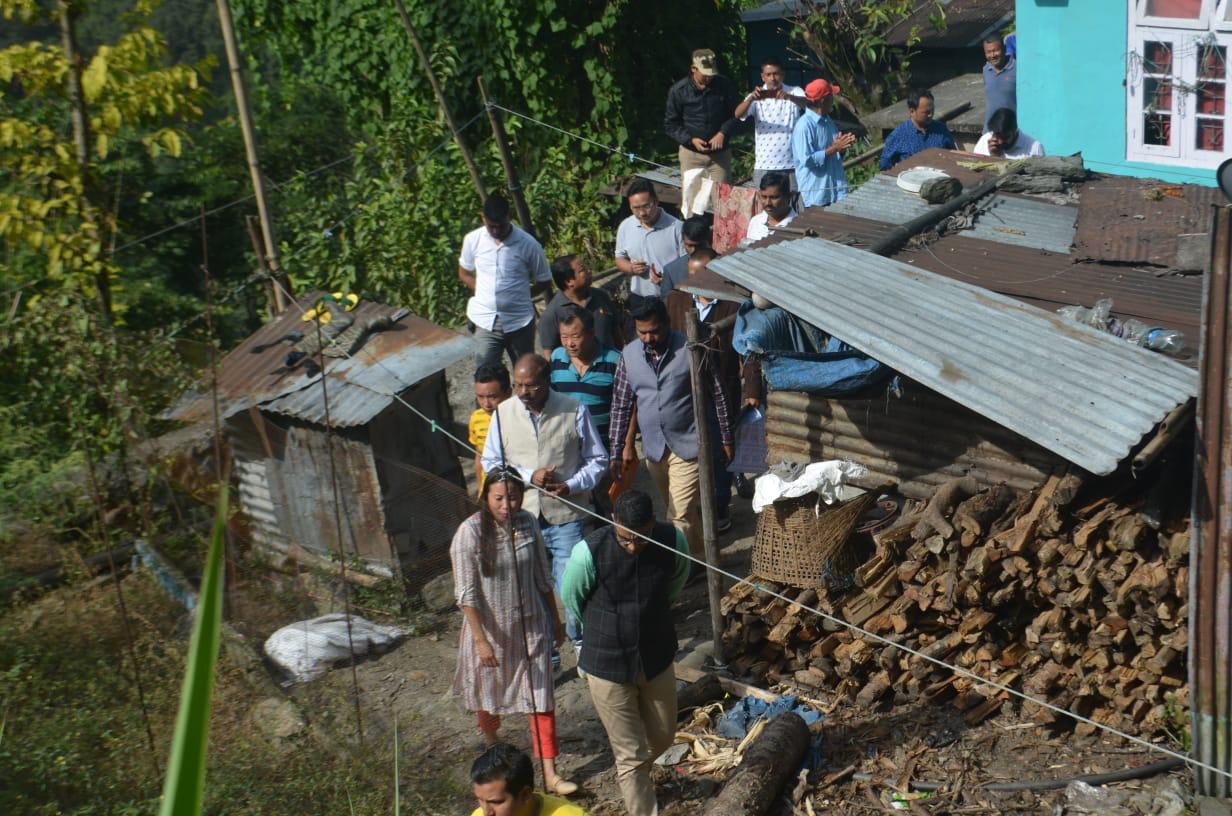 Gangtok,8th Nov 19 (IPR): The District Collector, East along with ADC/E, DD/DM, GM NHPC, Geologist from Mines and Geology Department and the representatives of affected landowners visited Aapdara village to assess the damages caused to the 27 houses which had been pending since 2015.

1. All the 27 houses were inspected by the team and the damages were assessed and categorised based on the extent of damage.

2. The houses were also categorised on the basis of their location such as above,below and adjoining the road and above the ADIT.

3. The collapsed approach road to NHPC Dam site and the slide above it was also inspected by the DC/East and the team. Geologist, Mines and Geology Department was directed to prepare a detailed map depicting the extent of the landslide and the location of the 27 houses above the landslide.

4. The complainants had stopped the repair works of the collapsed approach road to the dam site for over two months fearing further damage to their houses which are situated above the slide area. The complainants were assured that the order under Disaster management Act 2005 shall be issued within seven days as per assessment done.