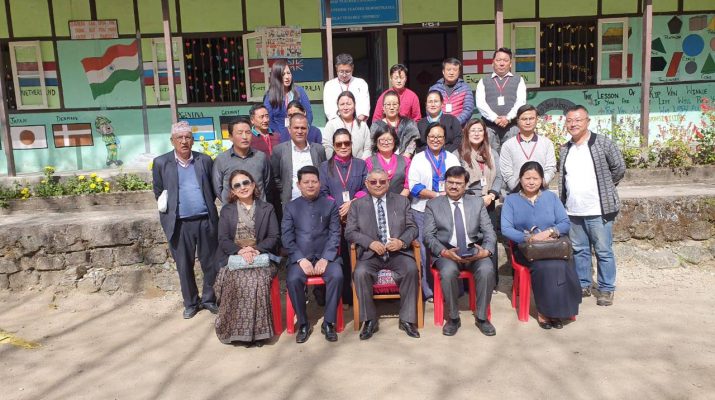 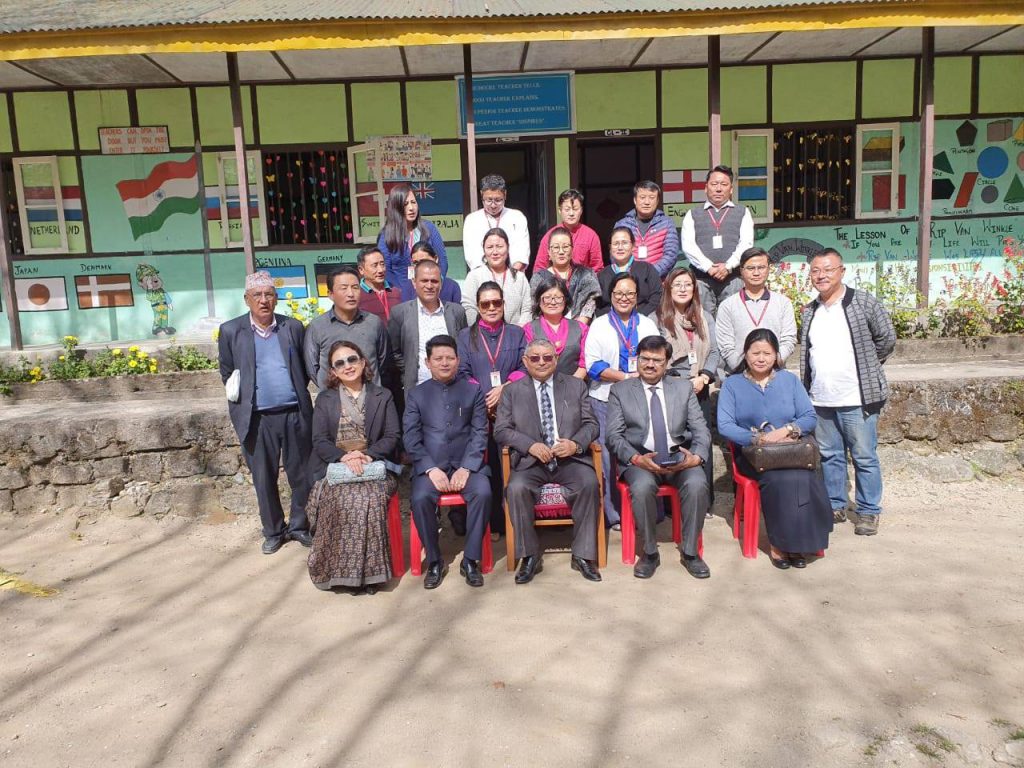 Gangtok, 31st Oct (IPR): The Department of Education today celebrated the Rashtriya Ekta Diwas to mark the birthday of the ‘Lauhpurush” Sardar Ballabhai Patel today across the State.
A special programme was held Rongneck Secondary School where the Hon’ble Minister for Education Sri Kunga Nima Lepcha administered the Rashtriya Ekta Pledge to the officers, teachers and students present in the school. The Hon’ble Minister was accompanied by the Additional Chief Secretary Sri GP Upadhyaya, Sate Project Director, Samagra Shiksha Sri Bhim Thatal, Director, School Education Mrs Hondala Gyaltsen and other officers from the East District. While interacting with the students and the staff members of the schools, the Hon’ble Minister for Education Sri Kunga Nima Lepcha appreciated the initiatives taken by the schools. He also interacted with the school the schools about the requirements and possible support to be extended. The Education Minister and ACS also interacted with the press representatives of India Today who have come to cover some programmes of the Education Department. The India Today representatives were happy to know that Rongneck Secondary School is a ‘waste-bin free school’ where the children and the staff members bring their own bags to collect waste and take back without dumping the garbage in the school premises.
The team further visited Chongeytar Primary School where the Minister and the officers visited the classrooms, interacted with the students and visited the school mid-day meal and kitchen garden. Chongeytar Primary School is known for its being ‘pocket-money free school’ as the students are not allowed to carry pocket money in order to stop them from buying junk food and consuming those. The mid -day meal is said to be supplementing the needs of the children and there is no need for them to go for junk food in the school premises.
In another programme, the department took part in Run for Unity from Chintan Bhawan till Titanic Park in Gangtok. Similar other programmes are being organized and Rashtriya Ekta Diwas is being observed in the schools across the State. 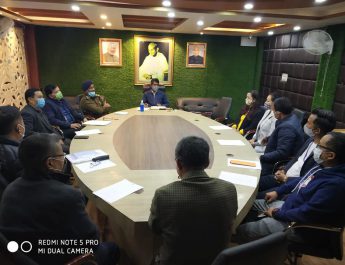 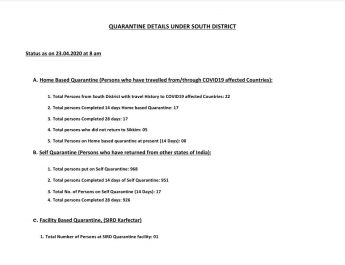