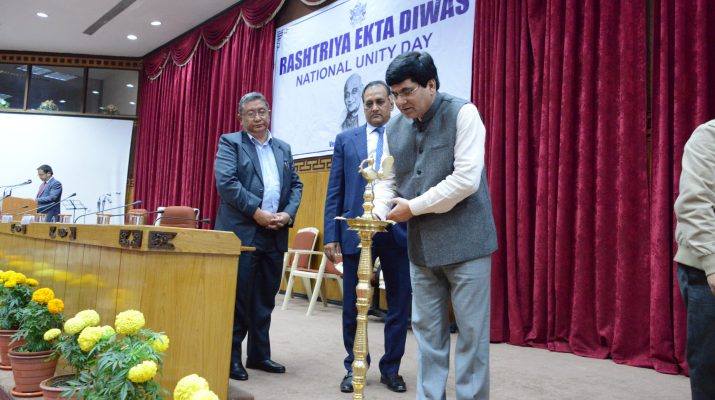 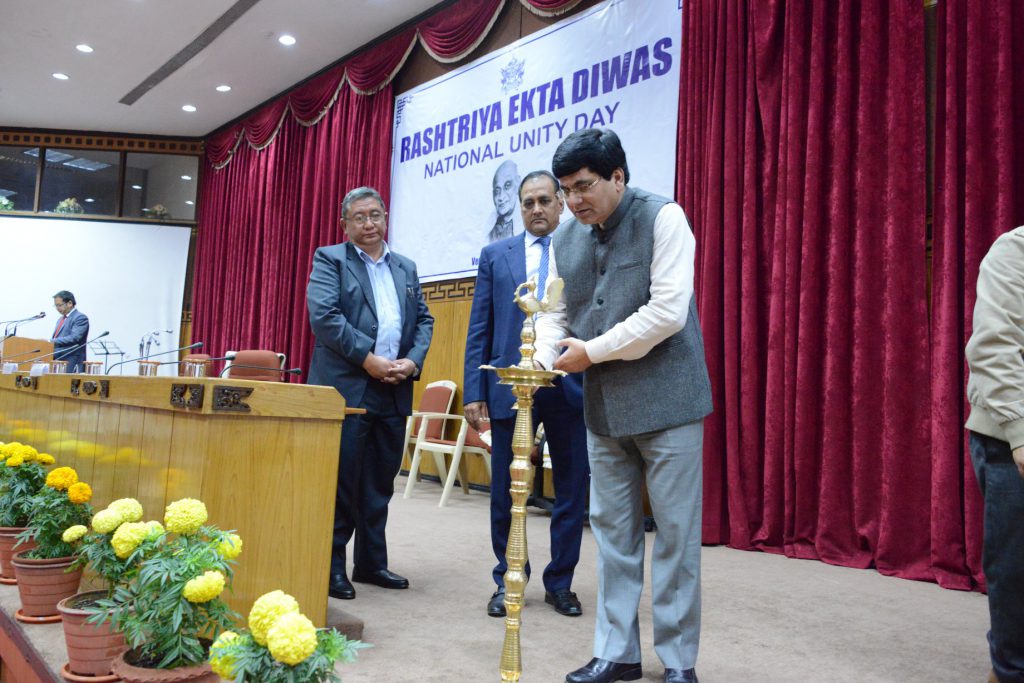 Gangtok, Oct 31 (IPR): Chief Secretary Mr S. C. Gupta administered the Rashtriya Ekta Diwas pledge to the officers and staff of all the departments situated in Tashiling Secretariat and nearby, at a function organised at Chintan Bhawan today.

The Chief Secretary was joined in the programme by Director General of Police Mr. A. Shankar Rao, Principal Secretary DOP Mr. Tenzing Gelek, heads of departments, officers and staff of various departments, and students.

Rashtriya Ekta Diwas or National Unity Day is observed annually on 31st of October to commemorate the birth anniversary of late Sardar Vallabhbhai Patel, the Iron Man of India.

On arrival, the Chief Secretary and other dignitaries lit the inaugural lamp and paid their tribute to the portrait of late Sardar Vallabhbhai Patel. Under Secretary, Home Department, Mrs. Suprina Chettri gave a brief introduction on the observance of Rashtriya Ekta Diwas.

Artists of the Culture Department invoked patriotic fervour through their renditions to mark the occasion.

The programme came to a conclusion with the vote of thanks proposed by Additional Secretary, Home Department, Mrs. K.D Rechung.

Thereafter, Chief Secretary Mr. S.C Gupta flagged off the ‘Run for Unity’ from the premises of Chintan Bhawan. The Run was organized by Sports Department in coordination with DC East and Education Department, and had the participation of students from various schools. The Chief Secretary then flagged off the march past contingents comprising of Sikkim Police, NCC, Scouts & Guides and Sikkim Police Pipe Band. Both the ‘Run for Unity’ and the March Past culminated at Titanic Park, M.G Marg. 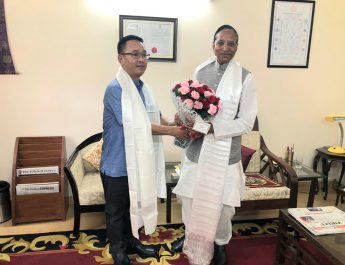 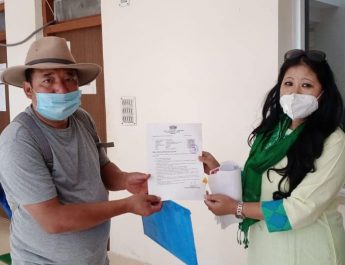