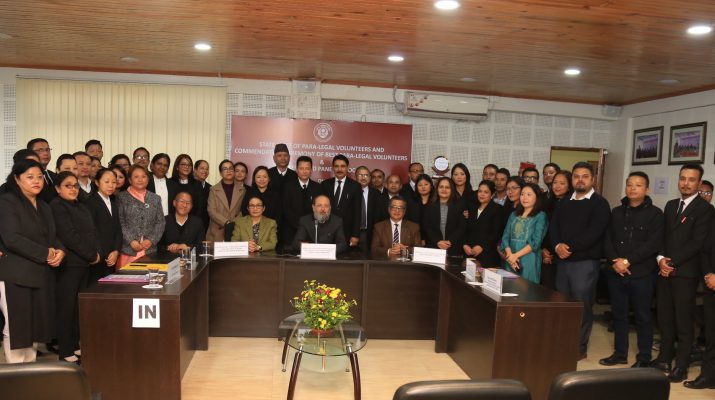 Justice Arup Kumar Goswami, in his address, informed the august gathering that the role of the PLV is to bridge the gap between the legal system and the common people. He also informed that every State has problems peculiar to the region and that issues regarding these problems have to be addressed differently as per that region.

It was also informed that Sikkim SLSA is blessed with very effective and functional PLVs and Panel Advocates who are the bedrock of the system for making “Access to Justice” available to all sectors of the society and that even though all PLVs and Panel Lawyers have been doing excellent work.

Justice Meenakshi Madan Rai, in her address, stated that the programme was held to acknowledge the contribution of the works carried out by PLVs and Panel Advocates towards legal services that are being carried out. It was also informed that PLVs are selected from different walks of life as well as from amongst long term convicts who are lodged in the State Central Prison, Rongyek, East Sikkim and that due to extensive training and refresher courses they are very well equipped with the knowledge of legal aid services, Schemes of National Legal Services Authority as well as in other legal aspects.

The Panel Lawyers were also requested to inform the Police Officers/Officials that for assisting the Police the PLVs have been appointed and not for disturbing them.

While complementing the PLVs for their efficient work, she also informed of the Corporate Social Responsibility wherein the Pharmaceutical Companies are aiding the Old Age Homes with ration and medical supplies and that it is the responsibility of the PLVs visiting such Homes to inform the SLSA of any lapse by such Companies. The Panel Advocates were also commended with regards to spreading awareness with regard to drug abuse in Sikkim which is a growing concern.

The fear of human trafficking and missing children, though small in number in Sikkim is an alarming factor and hence it is the role of the Panel Lawyer and PLV to spread awareness so that the problem can be nipped at the bud.

The welcome address was delivered by Shri Sonam Palden Bhutia, Member Secretary while the vote of thanks was proposed by Mr. Bikash Sharma, Deputy Secretary, Sikkim SLSA. 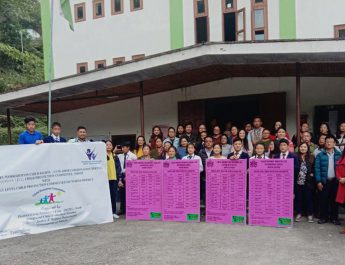 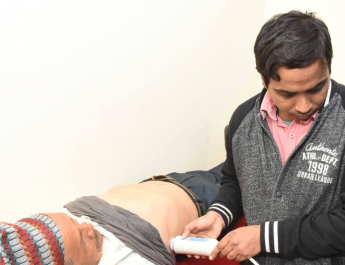