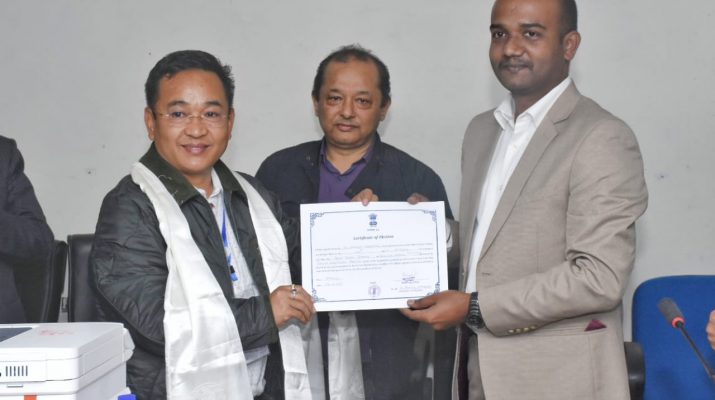 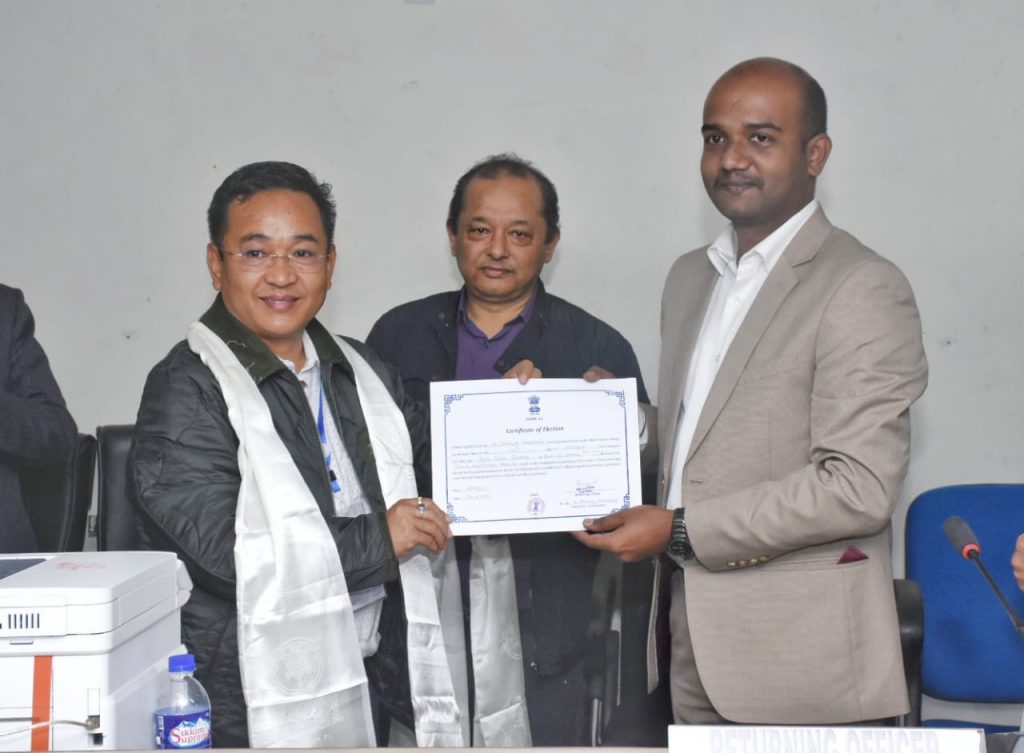 Mr. Prem Singh Tamang from Sikkim Krantikari Morcha (SKM) secured total votes of 10811 followed by Mr. Moses Rai from Sikkim Democratic Front (SDF) with 1858 votes and Mr. Yadhu Kumar Rai from Sikkim Republican Party (SRP) got 125 votes. Similarly, 76 votes were casted in the None Of The Above (NOTA) category, 18 were rejected and there were 01 tendered votes.

After the completion of counting process, the Electronic Voting Machines and Voter Verifiable Paper Audit Trail were stored and sealed at DAC, Namchi. 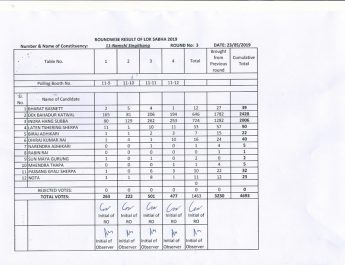 Round 3 result for parliamentary constituencies of 11 Namchi Singhithang. 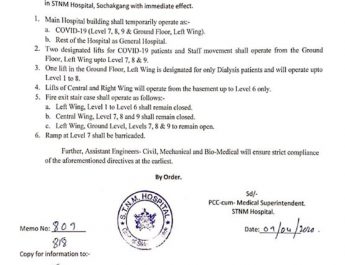 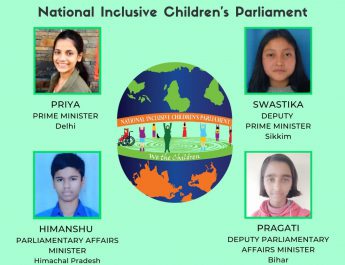