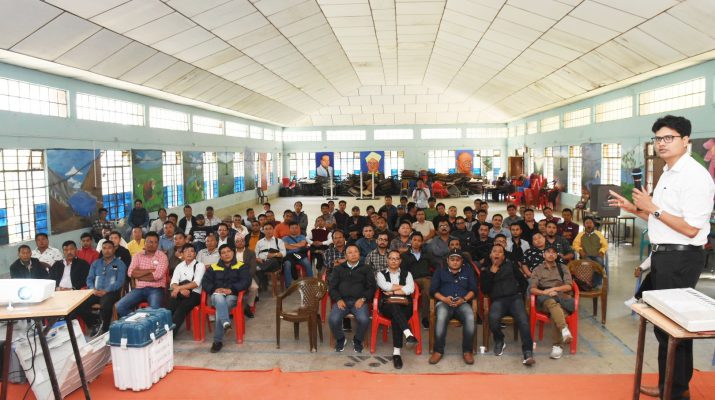 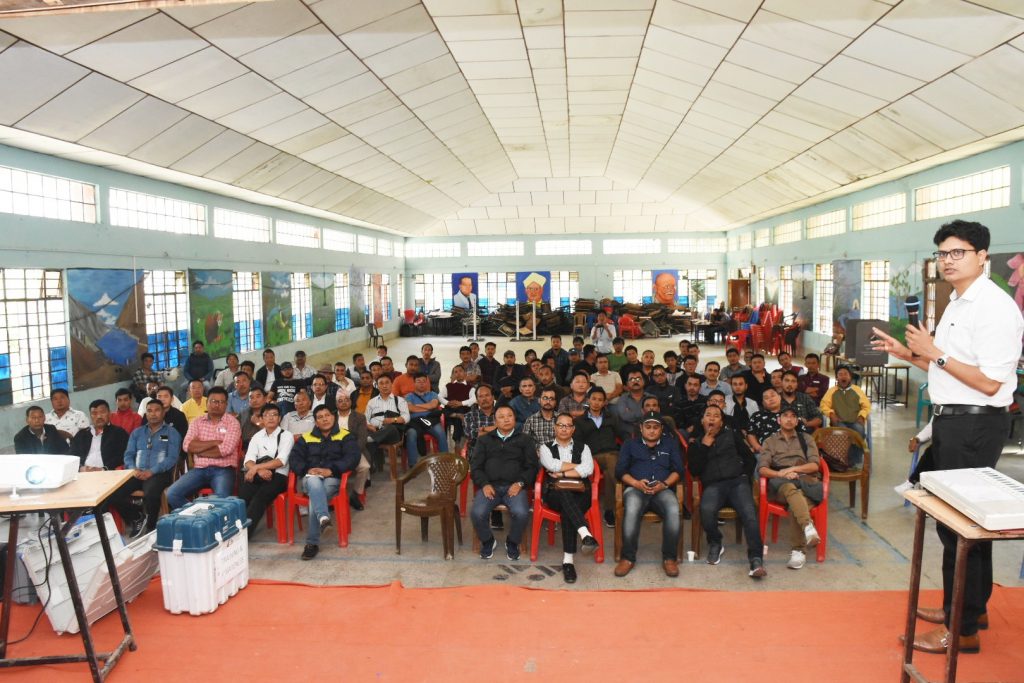 It may be mentioned here that a total of 90 Polling Officers attended the training which was conducted by SDM Gyalshing (HQ) Shri. Tushar Nikhare who is the Master Trainer for the election related training and SDM Yangang Shri. Sangay Gyatso Bhutia who is also the Nodal Officer and Training Co-ordinator.

The Master Trainer in his PPT presentation detailed out a comprehensive structure of the upcoming bye-elections and spelled out the rules and regulations laid down by the Election Commission of India (ECI) regarding the roles and responsibilities of the Polling Officers. The resource person indicated the polling officers to strictly follow the Election Commission of India rules while conducting the bye-elections and detailed out the Do’s and Don’ts on using the Electronic Voting Machines (EVMs) and Voters Verifiable Paper Audit Trails (VVPATs) on the day of the polls. The trainees were also briefed about the proper set-up of polling stations, entry of contesting candidate, election agents of contesting candidate, public servants on duty, media persons with authorized access and person accompanying or assisting a blind or infirm voter on the day of the polls. Further, Shri. Nikhare issued instructions to Polling Officers II to be well versed about the maintenance of registration of voters in Form 17A and application of indelible ink while he instructed Polling officers III to take charge of the Control unit (CU) and inspect the voter’s slip before allowing any voter to cast their votes. The officials were also apprised of the mock poll to be conducted in the presence of representatives of political parties before the commencement of polling to ensure proper functioning of the machines.

During the course of the program, the polling officers were familiarized upon usage of EVMs and VVPATs, preparation of control unit, maintaining marked copy of electoral rolls and other procedures. The officials were also fair and equitable election process. 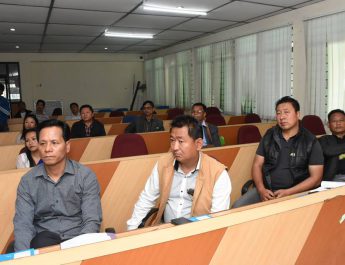 Meeting with candidates and their election representative 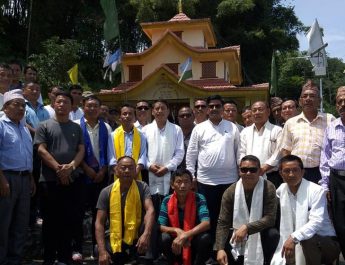