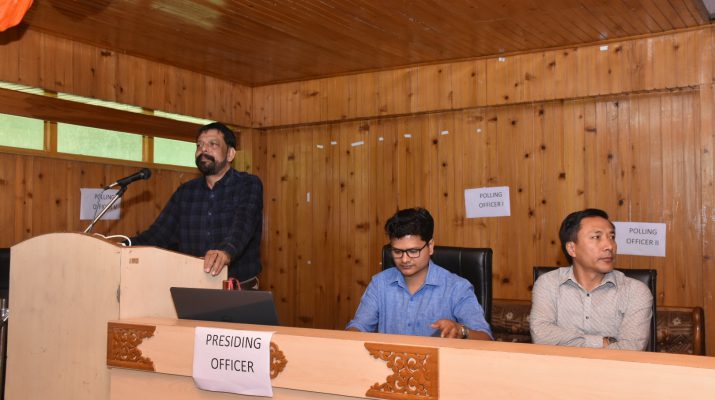 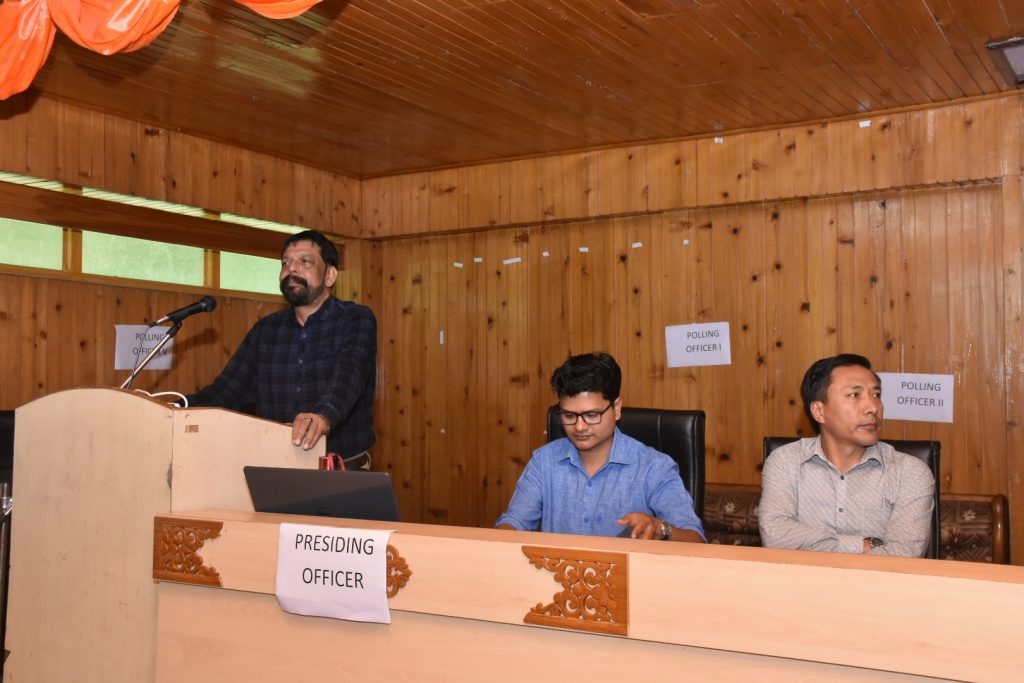 Namchi, 16th October (IPR): A training for the Micro observers for the upcoming bye-elections of Poklok Kamrang constituency under South District was held at the Conference hall of Zilla Panchayat Bhawan today.

The resource person for the day were SDM Gyalshing (HQ) Shri. Tushar Nikhare who is the Master Trainer and SDM Yangang Shri. Sangay Gyatso Bhutia who is the Nodal Officer and Training Co-ordinator.

Master Trainer Shri. Tushar Nikhare in his address spoke about the imperative responsibilities of Micro Observers (MO) in the smooth conduct of polls. He stated that the tasks of MO revolve around reporting deviations in the polling process from the assigned polling station to the General Observer. He also added that the MO needs to observe the overall election process of the polling booth assigned to him and for performing his duties well, he needs to understand the roles and responsibilities of official machinery of polling booth. He also made the trainees aware that if there is a possibility of any serious problem that arises during the poll day, information should immediately be conveyed by phone to the General Observer or the Returning Officer (RO).

The resource persons for the day also asserted that the MO’s have to observe all complaints made to them by the polling agents, election agents and electors during the poll and understand the seriousness and nature of the complaints. Likewise, he also informed the MO’s about senior citizens, infirm and differently-able voters. Additionally, he also briefed the MO’s regarding the management outside and inside the polling stations and the duties of the polling team. During the course of the training the MO’s were apprised about EVMs, ballot unit, presiding officer and polling officers of the polling team, voter’s slip, ballot account, mock poll and other process.

During the later half of the training, a demonstration of EVMs and VVPATs followed by a hands-on session of the Control Unit and VVPATs were conducted.

Shri. Alak Kumar Saharia, General Observer for Bye Elections for 10 Poklok Kamrang Assembly Constituency in his address advised the Micro Observers to be vigilant and said that any serious deviation needs to be reported to him promptly. Directions regarding the presence of MOs in their respective polling booths throughout the polling day and observing all the processes of the elections as per the guidelines of Election Commission of India meticulously were also asserted by the General Observer. He also notified the MOs to be conversant with the laws and rules related to election conduct on the poll day and to ensure successful completion of polls. 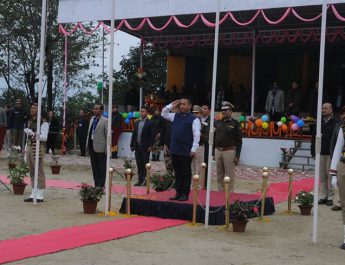 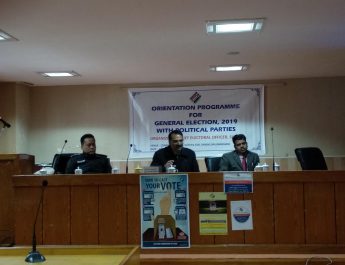 Office of the CEO holds review meet with all political parties