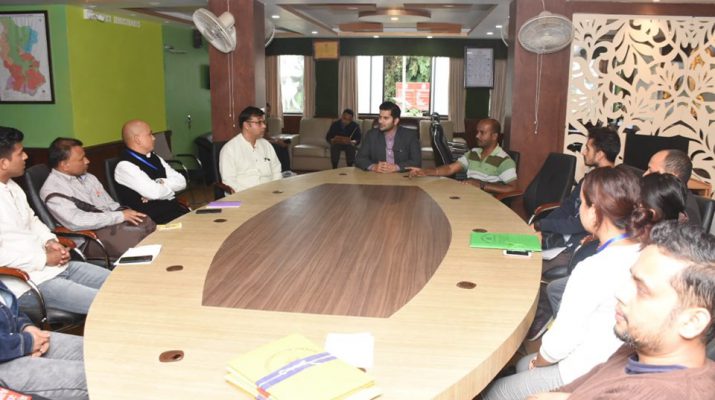 Namchi, 6th October (IPR) : The Expenditure Observer for the Upcoming Bye Elections for 10 Poklok Kamrang Assembly Constituency Mr. Kalrav Mishra, (IRS) arrived around 1:30am today. He will be staying at the PWD DAK Bunglow, Namchi. Upon his arrival he met with the Returning Officer (South) Mr. Ragul K at District Administrative Centre (DAC).

Mr. Kalrav Mishra also conducted a meeting with the election expenditure agents which was held at the DAC. The meeting was convened to take assessment and monitoring of expenditure of candidates during the Bye Elections and to ensure the standard and parameters laid down by the election commission of India.
Expenditure Observer Mr. Kalrav Mishra enlightened on various aspects regarding election expenditure and and its monitoring. He informed the election agents that each candidate should have a separate and correct account of all expenditure incurred after the day of nomination, till the date of declaration of result for the monitoring of the election expense. He also discussed with the election agents on various other issues, rate chart such as election vehicle permission, venue for rally, advertisement and publications of election manifestos of political parties. Thereafter, he directed the officials to closely monitor doubtful transactions of cash and money during election period. 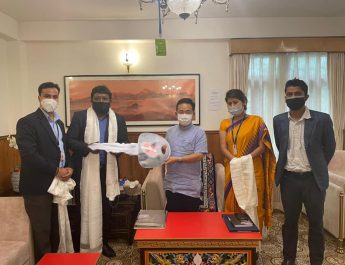 ICICI Bank contributes an ambulance to the State Government

Containment zone order from the office of DC South