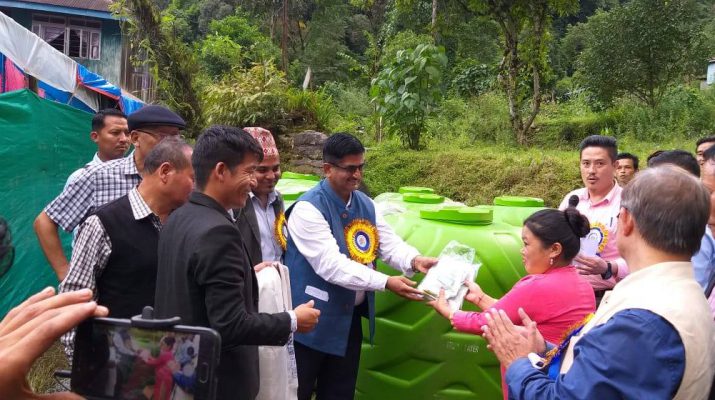 During the programme Hon’ble Minister handedover various facilities including Ten Numbers of Poly Tank, Twenty Polypipe and Community Nursery for Self Help Groups and Progressive Farmers under Horticulture Department. Ten numbers of Knapsack Sprayer, One Power Tiller and Five kilograms of seeds of Pea and Mustard for each Self Help Groups and Progressive Farmers under Agriculture Department. Two Jamunapari Cross Breed goat, Piglets( Male & Female) to each two beneficiaries, Forty numbers of Poultry and Cash Rs. 1390/- to each three beneficiaries and Rainbow Trout and Carp to three beneficiaries were also distributed under Animal Husbandry and Veterinary Services.

Minister In his address, sanctioned Vegetable Collection Centre, Milk Diary, Stockman Centre for Lingtam Phadamchen & North Regu. He urged farmers to get registered under Prime Minister Krishi Samman Nidhi to be benefited under the scheme. The State Govt under the leadership of the Chief Minister Shri Prem Singh Tamang (Golay) is fully determined to translate words into action to bring paradigm shift in economic and social upliftment of the people.

Minister marked that the day as the significant occasion for the people of the Regu and urged farmers to take benefits of distributed facilities and to use for output orientated and productive purpose. He also assured to provide subsidised schemes to the farmers under MSME and NABARD.

Minister outlined role of farmers and their contributions of paramount importance in fulfilling indispensable need of human life and informed on how the government is making effective mechanism to ascertain price of their production. The state has witnessed change in Government and work culture while we need to bring change in our mindset and thought process, he added.

Secretary AH&VS Shri Subba informed that the department is preparing a roadmap for Diary Farming, Poultry, Piggery, Fisheries etc and to establish infrastructures and to depute manpower at GPU level in near future. Secretary Subba said that the Siri Cow is one of the rarest animal species which needs to be conserved and propagated. He also informed about the future scope of Siri Cattle conservation and also directed the concerned officials to conduct research work on Siri cattle so as to benefit the farmers. He also asked to coordinate with farmers to address the demands of loan through NABARD. He also assured to take up matter related to conservation of reared species of “Sawney Paha”

Hon’ble Minister Shri Lok Nath Sharma handedover cash award of Rupees Seven Thousand, Five Thousand and Three Thousand along with medals, certificates and trophy to the winner Shri Man Bdr Rai, Shri Tek Bdr Rai and Shri GT Lepcha who secured first, second and third position, respectively. Cash Award, Medals and Certificates were also presented to the winners of Calf Rally competition.
Additional Director-cum-CEO Sikkim Livestock Development Board Dr Sanjay M. Gajmer drew lights on overview of the programme and said that the programme was organised for the conservation of Siri Cattle. He also mentioned that the Hon’ble Minister led theinitiative to organise the event in active participation of Agriculture and Horticulture with AH&VS to provide maximum benefits to the people at one place.

Earlier, Progressive Farmer Shri Subash Rai and Krishna Gurung also shared their experiences and placed various demands In favour of farmers and the people of the locality.

Later, the Minister along with the officials visited fisheries farm and another proposed site of fisheries at Chubba. Thereafter Minister also made visit at Veterinary Centre located at South Regu in the evening and took stock on the facilities available. Requirement of residential quarter, drinking water tank and compound fencing was placed before the Minister. 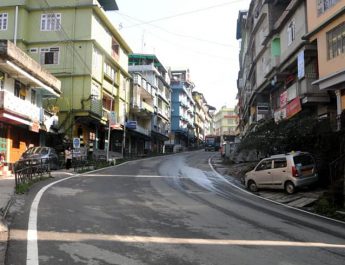 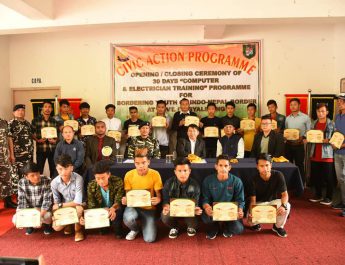