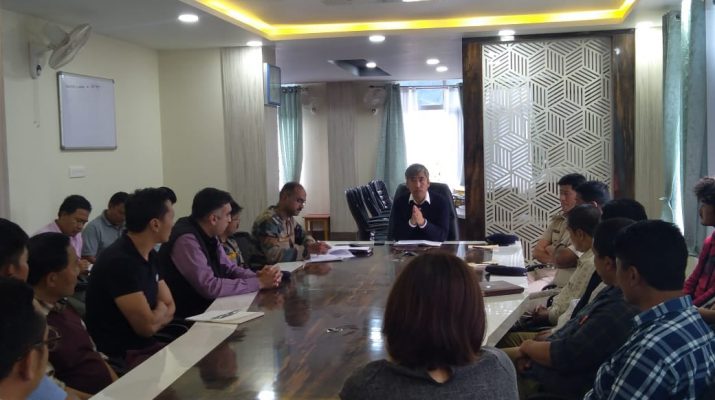 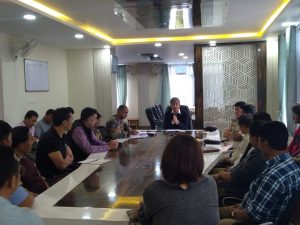 Mangan September 19 (IPR): With a view to open an alternative route for the tourist’s vehicle plying towards Lachen and above at Munshithang stretch which has remained closed since 17th of June 2019 due to devastating Landslide which washed away the Munshithang bridge, District Magistrate, North Shri Tenzing T. Kaleon called a meeting with the Pipon of lachen, representatives of Army, GREF, TAAS and Taxi Driver Association at his chamber, today.

The meeting unanimously decided that the approach road to Army ammunition point at Munshithang will be use as an alternative route for to and fro until the new Bailey suspension bridge will come up at Munshithang.

Stretch between Army Ammunition Point being secured and sensitive the house decided that the vehicle can only ply over in between 6:am to 6:pm after duly following the protocol which are mandatory to maintain at ammunition point stretch by both tourist and civil public. After 6: pm, additional two hours will be allowed for any urgent situation.

In order avoid traffic congestion in that ammunition point stretch the Sr. S P, North Shri Sonam Gyatso Bhutia assured that the police personnel will be deployed at either site of the said stretch to ensure smooth vehicular movement.

The tourist vehicles will be able to ply over from 22nd of September 2019 after up gradation of existing bridge of the Army Ammunition point.

OC/GREF, Major, Prashant has given assurance to the house that the new baily suspension bridge at Munshithang will come up before month of March 2020. 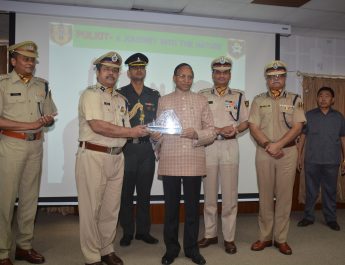 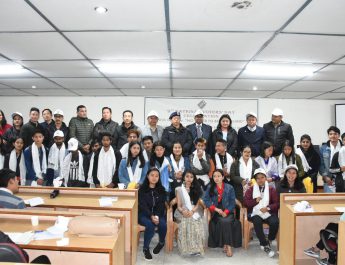 9th National Voters Day themed ‘no voter to be left behind’