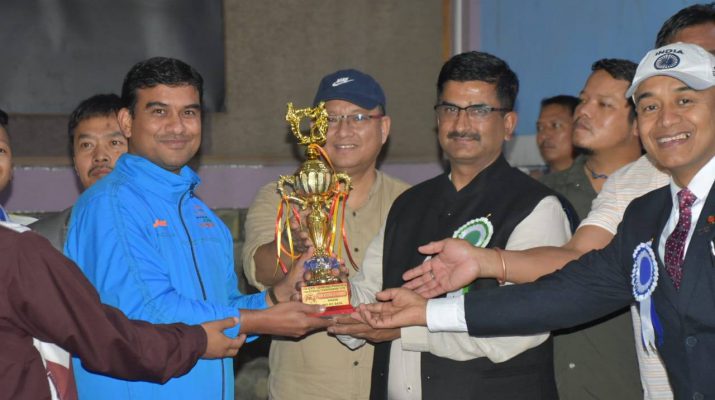 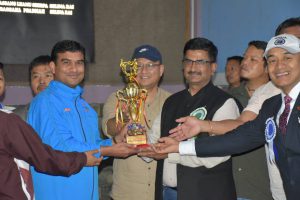 During the occasion, Shri Sharma presented medals and trophy to the winners of the tournament. The winners of State level tournament in various categories of Gold, Silver and Bronze medals will be further shortlisted for National Level Taekwondo Championship.

Minister Shri Sharma, in his address, congratulated players for participating in the State Level Championship and applauded SATA for organising the event and also for consistently putting great efforts in promoting sports in the State.

Shri Sharma also assured to provide required space for regular practice of Taekwondo, Boxing and Karate in Namchi. He also highlighted contributions made by Hon’ble Chief Minister Shri P.S. Tamang (Golay) while serving the State as the Sports Minister and articulated his dedications and commitment to work further for the development of games and sports in the State. Further, he assured to provide all cooperation and support from the State government.

He also emphasised on the improvement of physical and mental ability through sports and further stressed to motivate youths to adopt sports and practice it as an essential part of life. Minister also shared his experienced in the field of Taekwondo and added that a person who believes in self-confidence will definitely achieve goal in life.

International Medalist, Shri Trilok Subba, who is also the General Secretary of SATA, informed that more than300 players from all over the State took part in the Poomsae and Kyorugi which were played in four categories namely Sub Junior, Cadet, Junior and Senior level ( boys & girls).

He also informed that the SATA has produced more than 200 medalists from Sikkim since its establishment in the year 1989 and 100 medalists have secured Gold Medal at National Level. He also highlighted achievements made by the players for the State of Sikkim and placed the demand to the State government to provide space for regular practice of Taekwondo, Boxing and Karante. 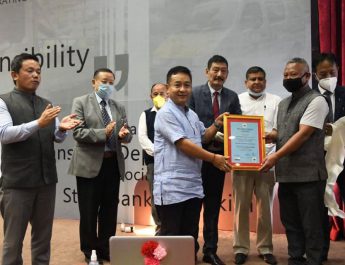 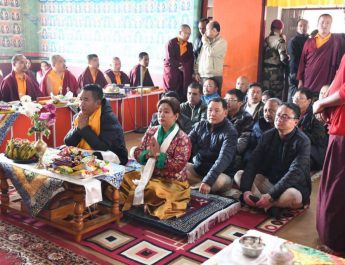