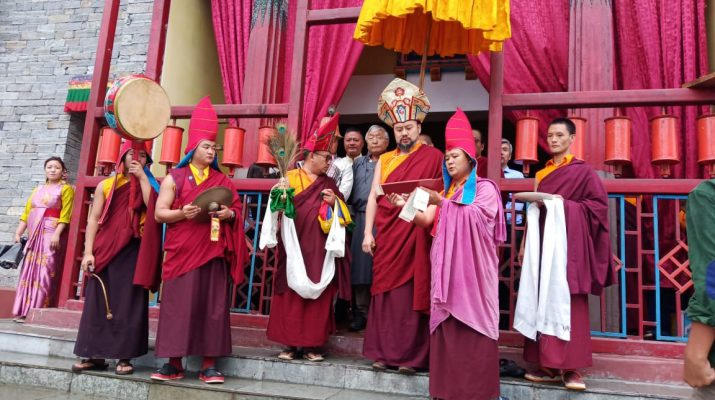 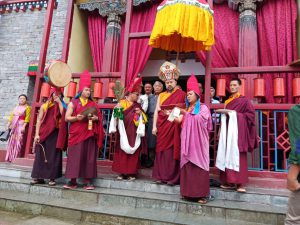 At the onset of the ceremony, special prayers invoking the guardian deities of Mount Khangchendzonga and other deities were performed by Shiv Ringponche (Rongye). Among them, the mountain deity referred to as “Dzonga” is considered to be their chief. Dzonga is believed to reside at peak of Mt. Khangchendzonga and is held in great reverence by the Sikkimese people.

According to the ancient writings, when Guru Ringponche Padmasambhava visited Mt. Khangchendzonga, he sensed dark forces surrounding the region. It was only after using his spiritual powers that Guru Ringponche was able to convert these dark forces to guardian deities of Sikkim. On this occasion, these deities led by Dzonga are ceremoniously invoked and propitiated.

A traditional “Cham” was performed by the local monks of the Gumpa. Panchey Cham (Warrior Dance) was also performed during the ceremony. 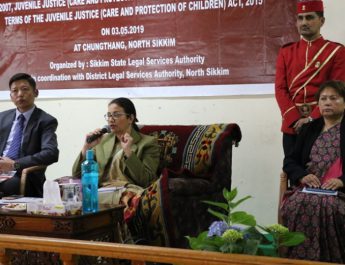 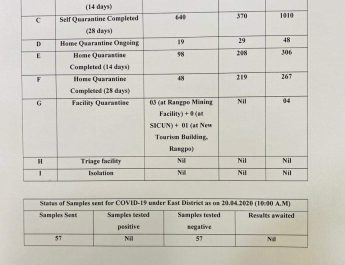 COVID-19 quarantine status of East District as on 20th April 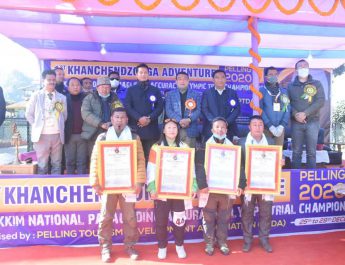