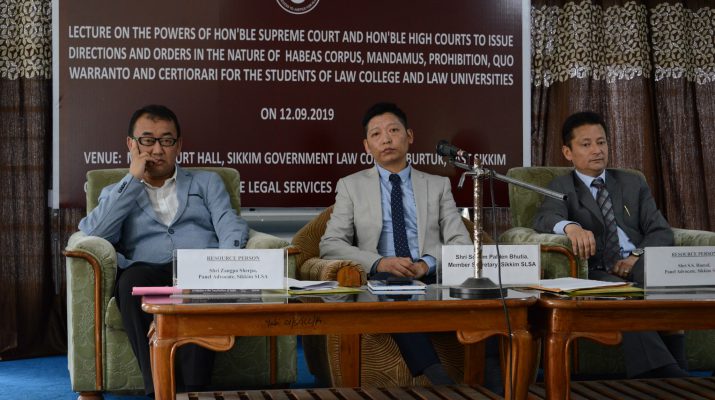 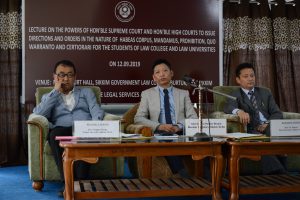 Gangtok, 12 Sept (IPR): An awareness lecture on “Powers Of Supreme Court And High Courts To Issue Directions And Orders In The Nature Of Habeas Corpus, Mandamus, Prohibition, Quo Warranto And Cetiorari” was organized by Sikkim State Legal Services Authority under the direction of Executive Chairperson, Sikkim SLSA, Justice Meenakshi Madan Rai, who is also the Judge of High Court of Sikkim, at the Moot Court Hall of Sikkim Government Law College in Burtuk, East Sikkim for the students of Sikkim Government Law College, Burtuk, ICFAI University, Sichey and Sikkim University, Tadong.

The awareness lecture was an effort to make the law students understand the concept of Writs, the varieties of Writs and what each Writ encapsulates. 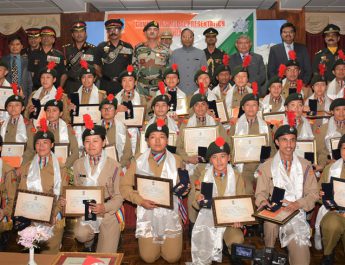 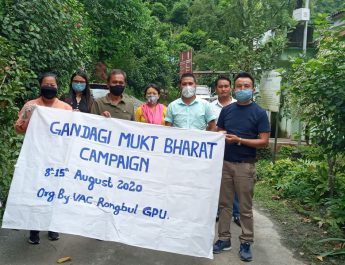 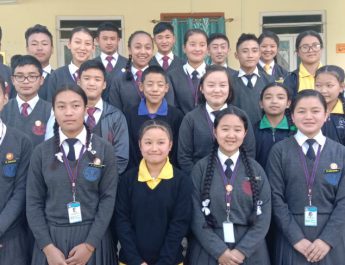