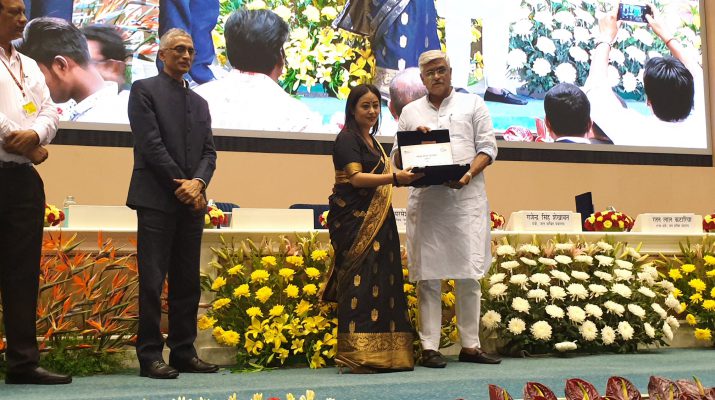 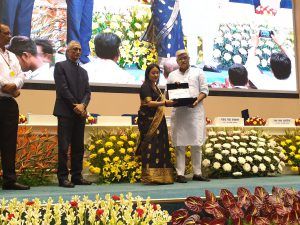 New Delhi, 06 Sept (IPR): Sikkim was awarded the first place in the category of ODF PLUS IEC CAMPAIGN at the Swachh Bharat Purasakar 2019 organised by the Department of Drinking Water and Sanitation, Ministry of Jalshakti, Government of India, at Vigyan Bhawan on 6th September, 2019.

Mrs. Upasna Khawas of Namcheypong , Pakyong was also awarded by the Ministry of Jalshkati for her immense contribution in the field of Menstrual Hygiene and menstrual waste management in the State.

Sikkim attained the status of FIRST ODF(Open Defecation Free) State in March, 2016 well ahead of the rest of the states of the country. It was formally declared ODF State in the 65th Plenary Session of the NE Council held at Shillong on 27th May, 2016.

Thereafter, Sikkim’s focus shifted towards sustaining the ODF status and on ODF Plus activities, i.e, waste management of the villages. Unique IEC programmes like “Money from Waste”, “Sefie with garbage”, mountain biking, walkathon , etc., apart from numerous competitions for students on quiz , debates, elocution , paintings, exhibitions were organized throughout the state. Our focus of IEC interventions have been primarily the students at all levels, who can act as effective change agents.

Despite the plethora of IEC activities taken up throughout the country, the visibility of such activities was low. The Department of Drinking Water and Sanitation, GoI, came up with the 4+1 IEC campaign under ODF Plus, wherein the four wall paintings and an ODF Board were to be painted/installed in the villages and uploaded in the IMIS.

Sikkim has 446 registered villages in the MIS, wherein we painted the four wall paintings with various messages in public places like schools, ICDS centres, PHSCs, Gram Prasashan Kendras, etc. The messages to be painted were provided by the Department of Drinking Water and Sanitation. However, we localized the matter( in terms of language and culture) for effectiveness without deviating from the message to be conveyed. Also the ODF boards were installed in all the villages as mandated.

Sikkim completed this task within the time stipulated by the GoI and uploaded the same in the MIS despite several hurdles. Incessant rainfall triggered numerous landslides thereby cutting off connectivity to numerous villages. The field personnel literally walked across dangerous live landslides with the ODF boards at several villages to be installed at suitable locations within the given timeline.

This was further aggravated by the poor internet connectivity for uploading the photographs of the paintings/ODF boards in the MIS. The entire task of wall paintings/installation of the ODF boards was to be completed within July, 2019. June and July are the rainiest months in Sikkim. However, such hurdles did not deter the determination of our field personnel to complete the tasks assigned to them.

There was a sense of ownership , pride and competition among the Panchayats and field officials to complete the assigned task first in their village. It was their sheer determination which enabled us to complete the task within the stipulated timeframe. Several School children were involved in the painting of walls.

In some instances, due to unavailability of painters in remote locations, Panchayat members themselves have carried out the wall paintings. This was level of enthusiasm among the Panchayats in the 4+1 IEC campaign.

Sikkim was the first State to complete this task in the country despite the teething problems of monsoon rage and poor internet connectivity.

In appreciation of the team work and zeal of the Swachh Bharat Mission Team of the State, Ministry of Jalshakti has awarded the first position to Sikkim in the category of ODF PLUS IEC CAMPAIGN in the SWACHH BHARAT PURASKAR 2019. 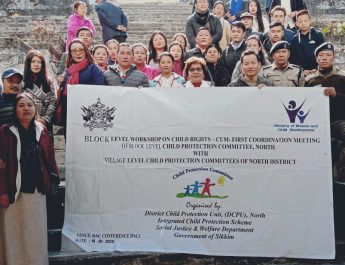 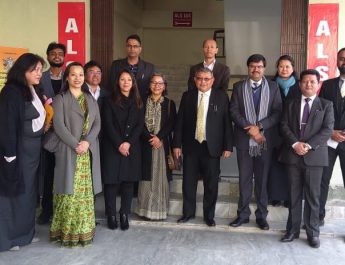 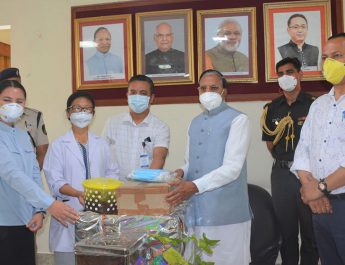