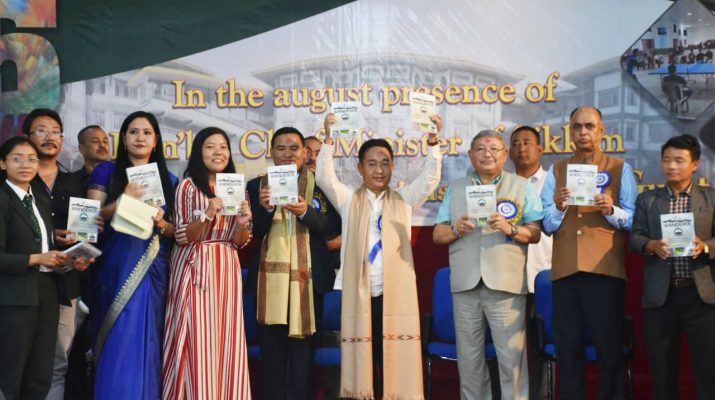 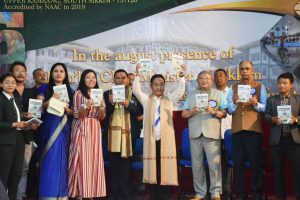 The programme also had the presence of SP (South), Shri Prawin Gurung, ADC (South), Shri Satyen K. Pradhan, along with HoDs, Education Department officials and dignitaries from various academic backgrounds, former Principals of the college alongside staff, faculty and students at large.

Addressing the Silver Jubilee function, the HCM extended his congratulatory wishes to the Principal, staff and students of the college for successfully completing a milestone in the educational arena and for their landmark celebrations.

Terming the last 25 years as a vibrant, productive and fruitful years for the College, he expressed his deep satisfaction over the unprecedented growth of the college and contributed much of its success to the former Chief Minister Shri Pawan Kumar Chamling and the then Education Minister, Shri K.N. Rai, for their support and vision for the establishment of Namchi Government College.

The HCM made a series of announcements which included ‘Green Economy’ to be the developmental theme of the State Government for working on various lines of development. He announced that MP and CM fund of the State shall be utilised exclusively for the development of Education and Health facilities in the State of Sikkim.

On similar lines, in lieu of Chief Minister’s Meritorious Scholarship Scheme (CMMS), the HCM announced prioritizing the selection of BPL students and reservation of five seats for the students of Dzongu, North Sikkim. He also announced the establishment of four Model Schools, one in each district, as the future of the country depends on qualitative education which plays a major role in the development of students.

Shifting focus upon the unemployment scenario of the State, the HCM declared the month of November and December as Employment Month wherein every department within the State shall generate imperative and vitally essential posts on an annual basis for the educated unemployment youths of the State.

Likewise, the HCM also announced the initiation of Employment and Appointment Policy, Transfer, Retirement and Promotion policy to stimulate and upgrade a work-oriented office environment.

The chief guest in his address also laid equal emphasis upon the following subjects:

The HCM stated that education has always been a priority of the government and that the budget allocation earmarked for Education sector is the highest in the State.

Addressing the students, the HCM emphasized the need for students to encompass a wide-range of knowledge and skills which is relevant, constructive, in-demand and universally applicable to face the competitive challenges of the 21st century.

Therefore, to facilitate programmes for the welfare of the students, the HCM announced the selection of 100 students who after the State level screening will be sponsored for IAS, NDA and other allied service coachings.

He also encouraged the commencement of student exposure trips within and outside the State as he stated that field trips and hands on learning make concepts more enjoyable and memorable for the students in contrary to conventional teaching methods.

The HCM advocated and encouraged the high-value tourism as this industry in Sikkim is of high economic value. In order to help build Sikkim’s brand value, image and identity, the HCM pressed upon the introduction of Tourist tax so that funds generated from the taxes can be utilised back into tourism-related purposes, as well as maintaining landscapes and counteracting any damage caused by over-tourism.

The HCM reiterated the declaration of Care and Cure which he urged the public of the State to utilize for timely health check-ups as he expressed his deep concern over the rampant rise of Cancer cases over the past few years.

Additionally, he also stated that every educational establishment under the State should have an On-call Medical Officer (MO) and other support staff in order to cater to the medical demands of students and staff.

The HCM underlined the deep implication of environment conservation in order to maintain the ecological equilibrium of the State through various plantation drives and activities. He spelled out that it is the responsibility of each citizen to plant saplings for sustainable living as he stated the need for massive tree plantation which has become imperative in the present scenario because of the growing pollution in the environment.

The HCM in his address also assured to fulfill the demands placed before him by the Principal of the college.

The programme also saw felicitation of the HCM by the college committee for his unwavering leadership and vision in working towards transformation of Sikkim as a premier State.

Similarly, alumnus Shri Bhim Hang Subba was also presented with a Letter of Appreciation for his social endeavors. The committee also felicitated the Chief Architect of the college, Shri Kiran Rasaily, former Principals, teaching and non teaching staff, students who had excelled at various fields of academic and co-curricular activities. The college also released a travelogue titled ‘Wanderer’ through the chief guest present.

Several cultural presentations, play on Macbeth by William Shakespeare and Swachh Bharat Abhiyan by the students of the college formed the special highlights of the day. 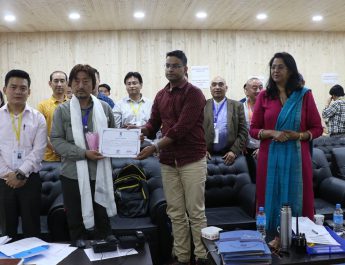 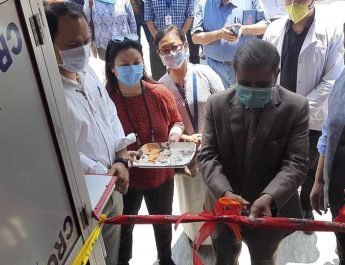 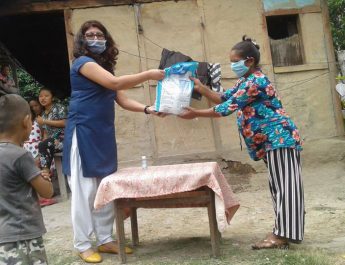