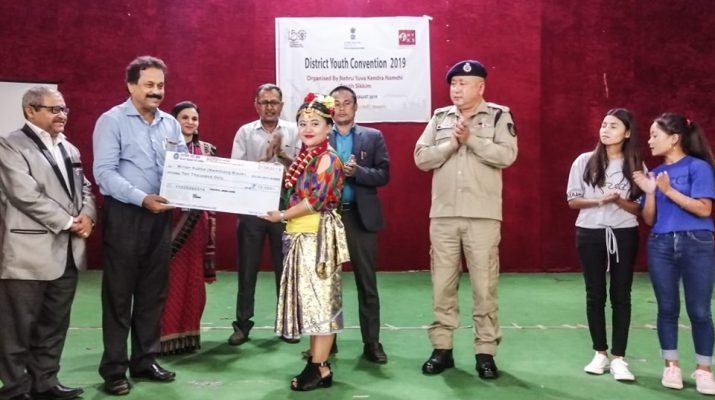 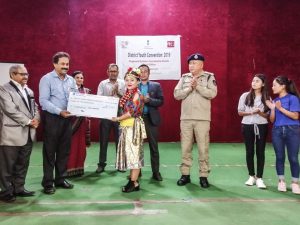 Namchi, 21 Aug (IPR): A District Youth Convention organised by Nehru Yuva Kendra (NYK), Namchi under the aegis of Ministry of Youth Affairs and Sports, Government of India was held at the Community Hall in Namchi today.

Addressing the gathering, Mr. Gurung shared his valuable inputs on how the youths of the nation can adopt an eco-friendly and sustainable way of life. Additionally, he emphasized that the youths can develop the nation through effective coordination and collective efforts.

Furthermore, Mr. Gurung elucidated that the youths need to be a responsible citizens of the society and that it’s important for them to be equipped with the modern knowledge in order to successfully combat challenges in their lives.

Mr. Sibashis Banerjee also spoke during the programme wherein he highlighted the various youth centric programmes and schemes launched by NYK under Government of India.

The programme also saw the distribution of awards under the Swatch Bharat Summer Internship Programme and appreciation letter to the distinguish volunteers for their distinct contribution by the guests. The Outstanding Youth Club award Year 2018-19 was presented to Pushpanjali Voluntarily Organisation along with a cash prize.

The programme also saw an open interactive discussion between the guests, youth volunteers and students. 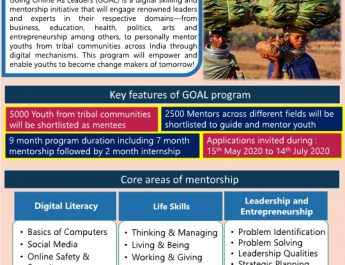 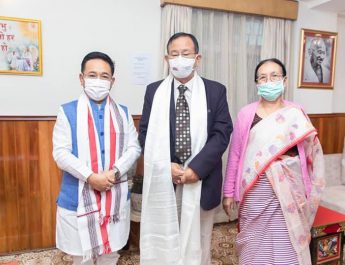 HM of State for External Affairs calls on HCM 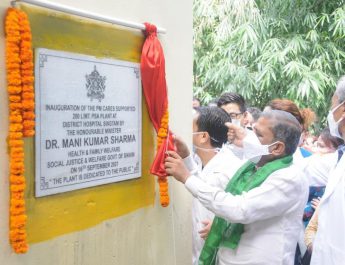